How to dismantle a Church 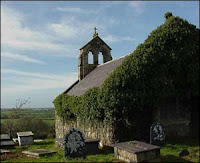 Personally I can’t see how atheism can be a religion any more than not collecting stamps is a hobby. So why do I need to identify myself as an Atheist, but not as an Aphilatelic? Should I just shut up about religion and ignore it like the overwhelming majority of the British people for whom religion plays no active part in their lives?

It was quite refreshing to read a senior member of the clergy in the Telegraph this week, who was prepared to face up to evidenced decline of the Church of England. I’m not so sure that we will see the disestablishment of the Church (as suggested in the article), and I don’t think I’d want to either. However, I strongly support the separation of Church and State and oppose the privileges afforded to the Churches.

I’ve no desire to witness the cataclysmic decline of the Church. Partly because of the fine role it plays in our culture and history, and partly because I fear that in ignorance, we may simply exchange one set of irrational beliefs for another. Swapping religious creeds and doctrines for new age nonsense and crystals is not a step forward. Therefore those who chip away at the foundations of the Church must bear in mind what sort of gap will be left in society and what is most likely to fill that gap. Hence my desire to promote rationality and science rather than simply bear my capacious buttocks at religious insanity.

So my beef is not with religion, it is with irrational beliefs in society in general, I therefore declare myself as an atheist, a skeptic, a free thinker, a science enthusiast not in opposition to religion but in support of science, reason and logic.

The rise of secular Judaism looks to me like a good model to try and emulate. Jews who wish to celebrate their Jewish culture and history but can no longer accept the accompanying supernatural beliefs are succeeding in retaining their identity, divorced from their myths, through secular Judaism

Perhaps a celebration of the scientific method and the abolishment of faith schools promoting segregation and indoctrination will gradually make the supernatural claims of the churches less tenable.

A more open Church allowing us to all share in our culture and ceremonies without having to profess disingenuous beliefs in order to participate would be more progressive than attempting to cling on to pre enlightened dogmas.

So let’s simply hoe out the weeds of fanaticism and nurture the shoots of enlightenment that grow in the cracks of the Church rather than swinging a demolition ball at it
Posted by Crispian Jago at Tuesday, July 14, 2009

Yes, yes, yes. On a local level, the Church (whichever flavour you like) is a great institution. It provides the rituals that punctuate our lives, it provides fellowship for people given on the basis, generally, of human kindness and is probably a great comfort for many people. On a national scale, while many of the Synod's debates seem wonderfully out of touch and irrelevant it is healthy, I think, that there is a respected National organisation that has a standpoint of morality and can speak about what they believe is 'right' without a party political dimension to it.

From Paul Richardson's Telegraph article: "We are going to have to invent a new civil religion."

But the demise of the Church of England could be a problem. It represents a cozy traditional piety that seems so inoffensive, and apart from the disproportionate representation it gets in Parliament (bishops in the House of Lords) I've no real objection to it. It's the more extreme religions (starting at the low end with the Catholics and working up from there) that I object to. The idea of a fanatical Anglican seems like an oxymoron. More tea Vicar?