Click poster to embiggen
Posted by Crispian Jago at Monday, June 27, 2011 No comments: 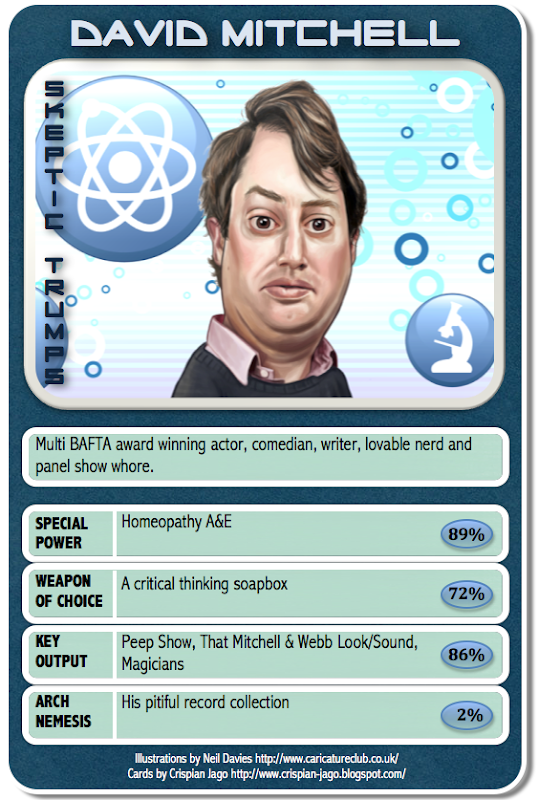 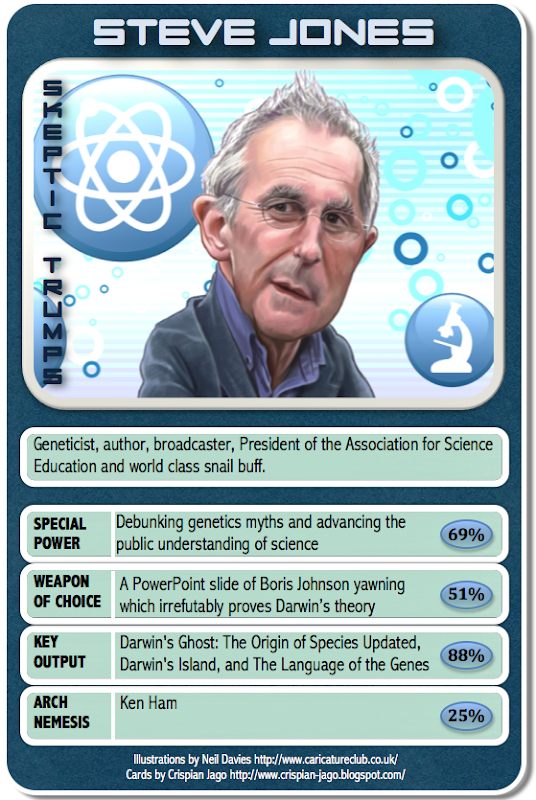 Click Here for the full deck of cards
Get your own personalised caricature by Neil Davies
Posted by Crispian Jago at Monday, June 13, 2011 No comments: 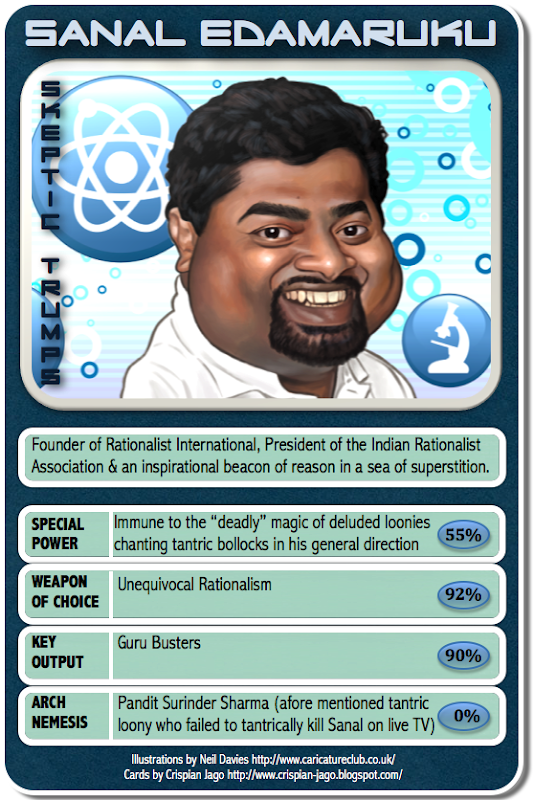 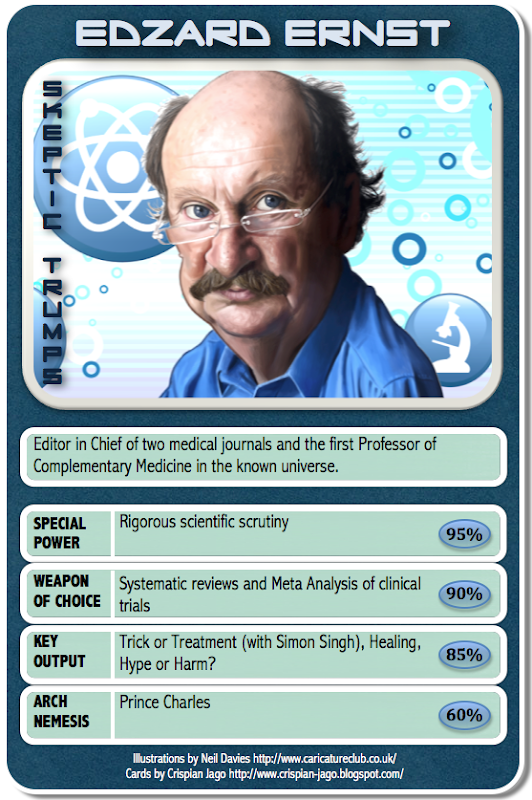 Click Here for the full deck of cards
Get your own personalised caricature by Neil Davies
Posted by Crispian Jago at Friday, June 10, 2011 No comments:

I hope to be publishing a new batch of Skeptic Trump cards soon. In the meantime ...

You can now get your favourite Skeptic Trump caricatures on a unique T Shirt. Here's a sample mockup of the design with 9 skeptics pre selected by Neil. Although I'm not sure about the chap in the middle. 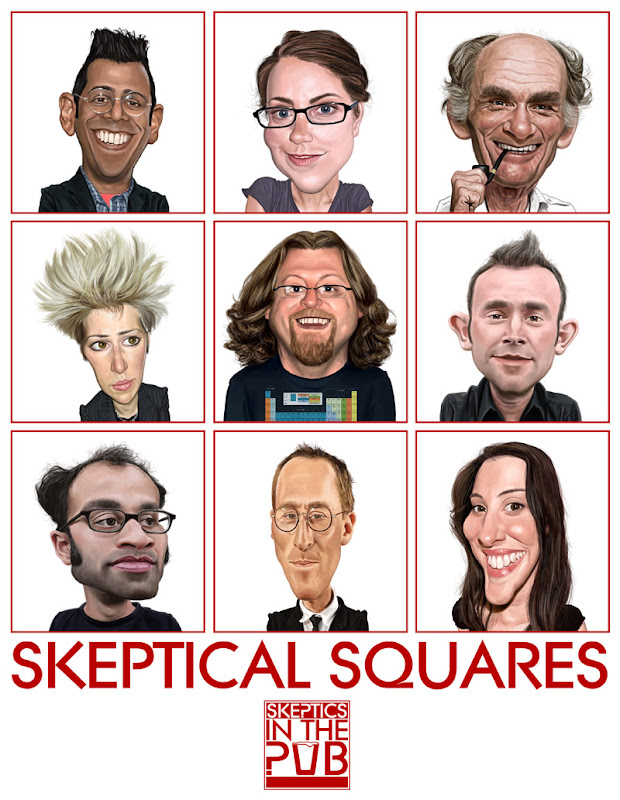 Pick your favourite 9 skeptics from the deck (currently 72), and Neil will compile the graphic, upload it to the T-Shirt manufactures and send you a link where you can purchase it. Simples.

How to Point and Laugh at Irrational Nonsense

Having been duped into agreeing to give a talk at Cheltenham Skeptics in the Pub back in April, I was forced to cobble together a talk. But what to talk about?

At last year's Amazing Meeting, Phil Plait gave a great talk entitled "Don't Be A Dick".  He argued that within the skeptical movement, reasoned and polite arguments are increasingly being replaced by "vitriol and venom".

I also asked Frank Swain to come along to Winchester Skeptics in the Pub last year to give a, not  dissimilar talk, entitled "A Critique of Skepticism". Frank effectively argued that simply calling a believer a big fat twat, is unlikely to cause them to slap their palm to their face in the instant realisation of how deluded they had been prior to being insulted. I paraphrase of course.

Looking back at the past posts on this blog, I can't help but notice a slight hint of smug arrogance and the occasional ad hominem attack. So, other than preaching to the choir, or entertaining the troops, is this blog therefore completely ineffectual in the larger war against irrational nonsense that I so passionately wage?

Well largely perhaps yes, but I hope, it's not completeley ineffectual. I would like to argue that considered ridicule and satire can be a very powerful ally to the skeptical activist. I will attempt to explain how, and give some examples at my upcoming Skeptics in the Pub talks. The next one is in Reading on 16th June 2011. You'd be most welcome.
Posted by Crispian Jago at Thursday, June 02, 2011 9 comments: