On a dull October lunchtime in 2008 I decided I couldn’t be arsed to leave my desk and go to the gym, so I started a blog instead. I hadn’t planned to start a blog and had no idea what to call it, so when I was presented with the prompt “Enter the name of your blog:” I just entered “Science, Reason & Critical Thinking” as the first thing that came to mind. Perhaps with a little more planning I might have thought of something a bit more catchy like er... um… well, maybe not.

I wrote a few random thoughts on life the Universe and Everything, which I found quite therapeutic. Of course no one read a word of it, but it kept me off the cross trainer.

Things continued in much the same way for 6 months or so. Although my text never troubled the browsers of any other people, at least when someone at Skeptics in the Pub asked me the inevitable question, “What’s your blog called”, I didn’t have to confess to not writing a blog.

Much of what I wrote was merely a reworking of thoughts that had been expressed much more succinctly or eruditely by other bloggers than I could possibly accomplish with my seemingly limited grasp of my own language.

Then shortly after the preliminary hearing of the Singh BCA trial back in May, I was listening to the SGU podcast on my way to work. On an unrelated topic, Jay Novella happened to mention the Monty Python Witch Trial sketch, which just seemed to be screaming out to be re-written as “We have found a scientist, may we sue him?” Since buggering about with old Python sketches was far more fun than trying to write serious posts, I settled on a new style for my blog.

I didn’t think making silly comments and parodying existing stuff had a name, but at this year’s 9 Lessons and Carols a fellow skeptic introduced me to one of his friends as “sceptical satirist”. My wife who was in earshot sniggered to herself and later told me that she thought I was just being a silly twat, not a satirist.

Anyway, since attempting satire my blog has received a few more hits, so based on the number of visits according to Google Analytics here are my 10 most popular posts from 2009.

Simpsons Top Trumps: Skeptics Edition (62,055)
A blatant plagiarisation of Christina Martin’s excellent God Trumps, but with well known sceptics and rendered as Simpsons characters on account f the fact I can’t draw and I just happened to find a website that converts people into Simpsons characters.
Follow Up Post: A Full Deck of Simpsonized Skeptics (6,633)

The Ladybird book of Chiropractic Treatment & English Libel Law (13,636)
An easy to understand summary of the Singh BCA case for younger readers
Follow Up Post: The Ladybird Book of Atheist Buses (4,430)

If Homeopathy Works I’ll Drink My Own Piss (13,111)
A short video of me making a homeopathic remedy out of my own piss
Follow Up Post: Can I Get A Homeopathic Remedy Instead of A Malaria Inoculation? (4,467)

The Homeopathy Sketch (2,086)
Is this the right room for some homeopathy?
Follow Up Post: Python In Boots (528)

God Was Never On Your Side (1,896)
My video to accompany this Motorhead classic
Follow Up Post: The Benny Hinn Show (377)


Whether or not you consider these posts to be satire or twatage, I must confess that compiling a 2009 best of may well be considered akin to John and Edward (Pointless UK TV Karaoke Eraserheads who recently enjoyed their 15 mins), releasing a Greatest Hits album.
Oh, and talking of albums, here's my best albums of 2009, and the best albums of the Noughties

Email ThisBlogThis!Share to TwitterShare to FacebookShare to Pinterest
Labels: 2009

The Ladybird Book of Atheist Buses 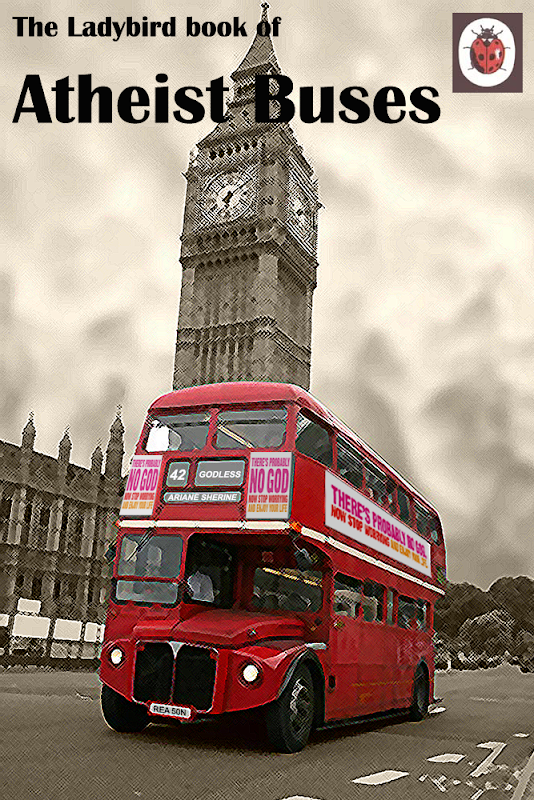 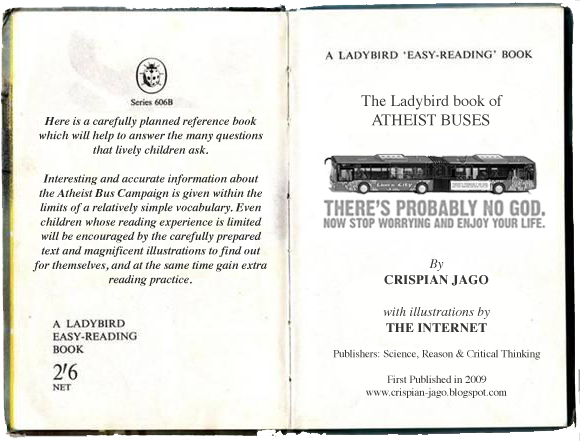 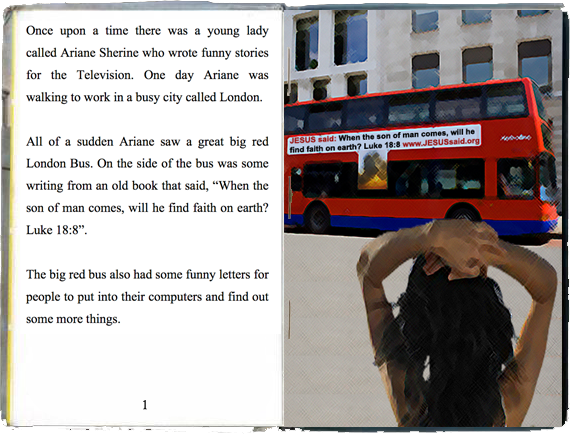 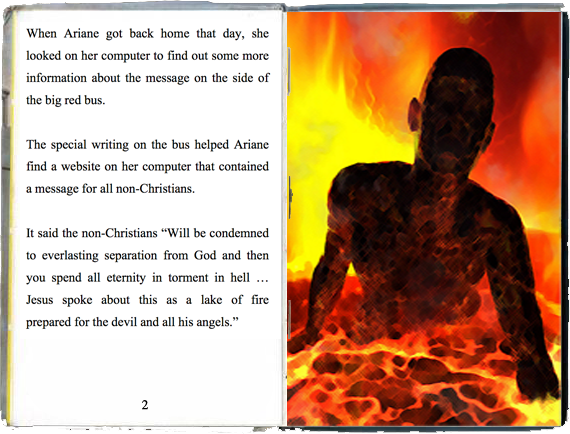 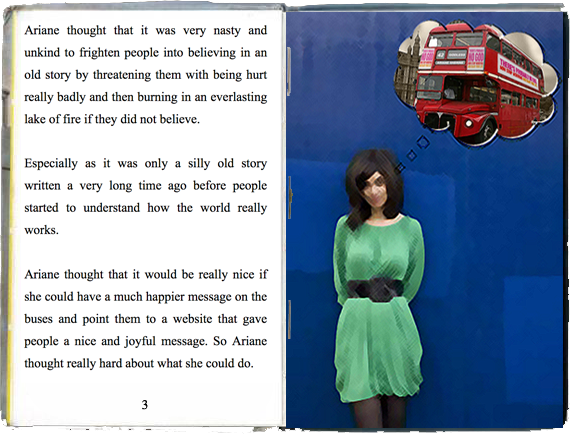 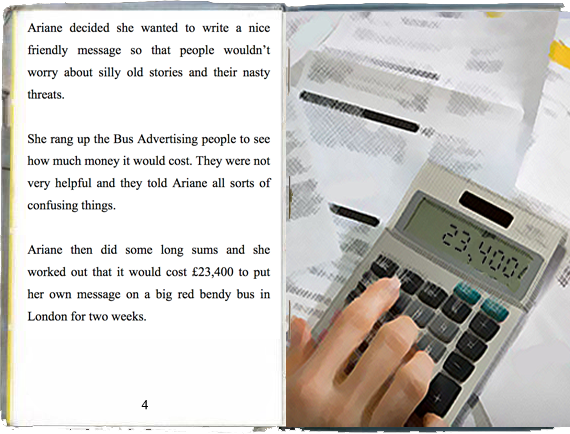 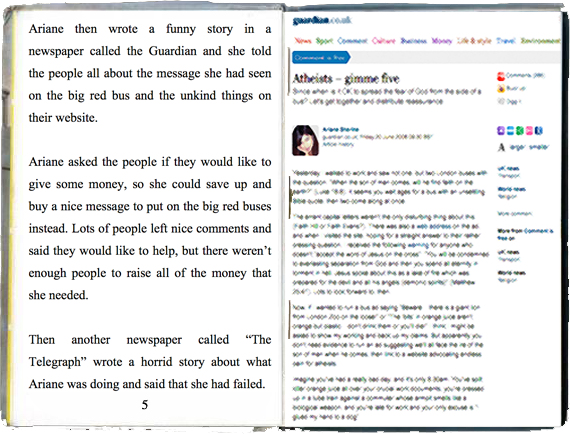 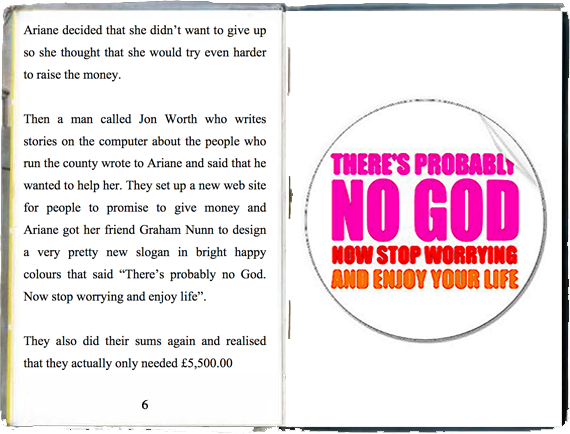 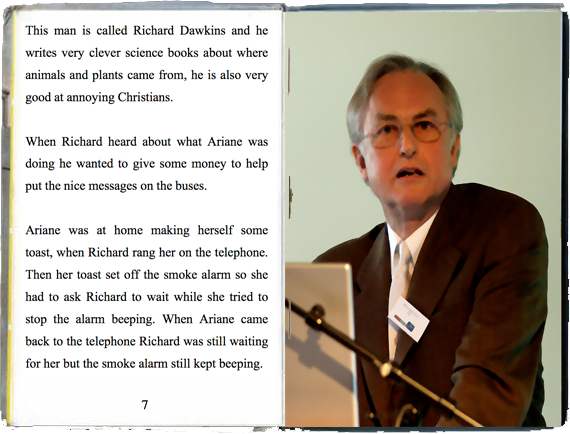 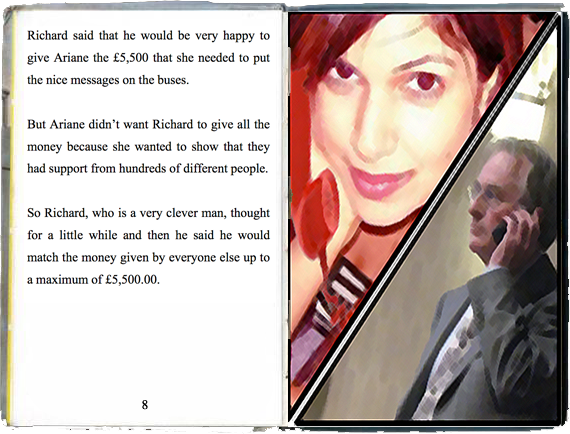 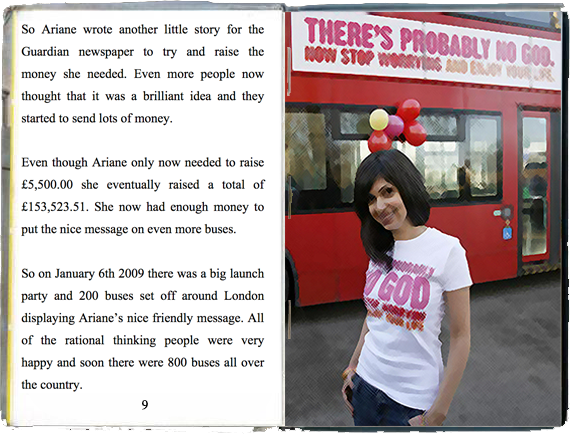 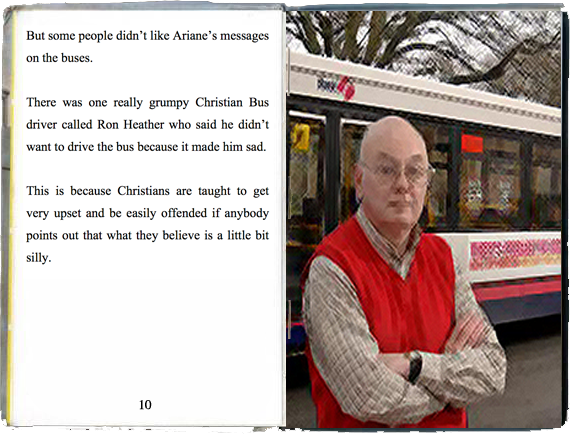 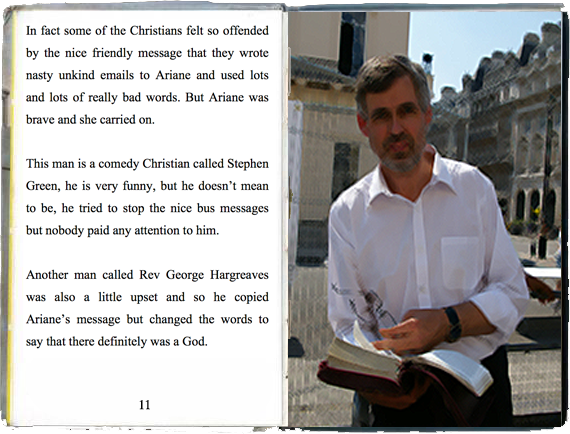 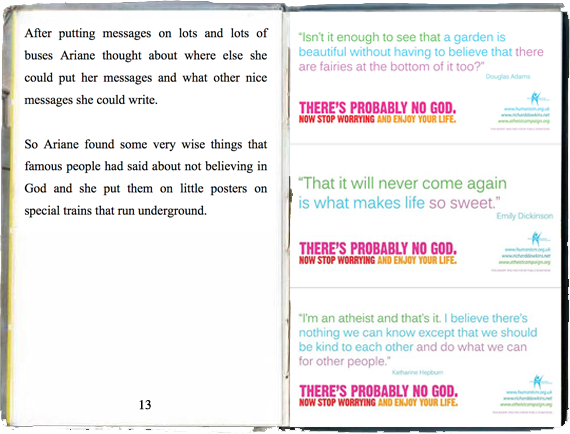 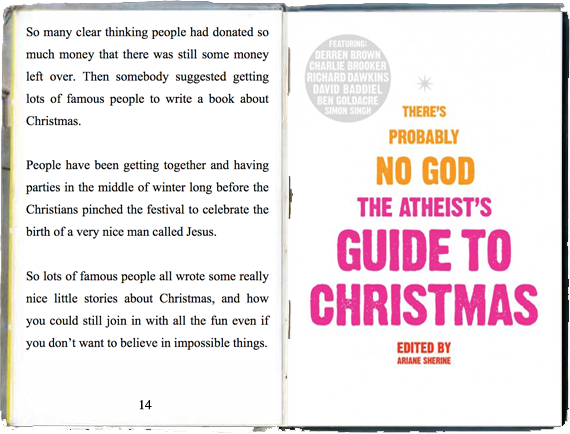 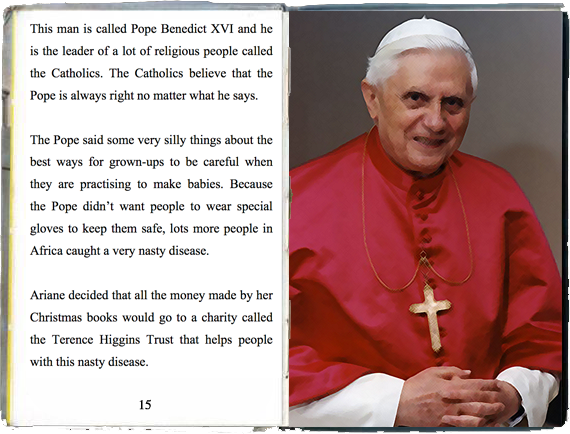 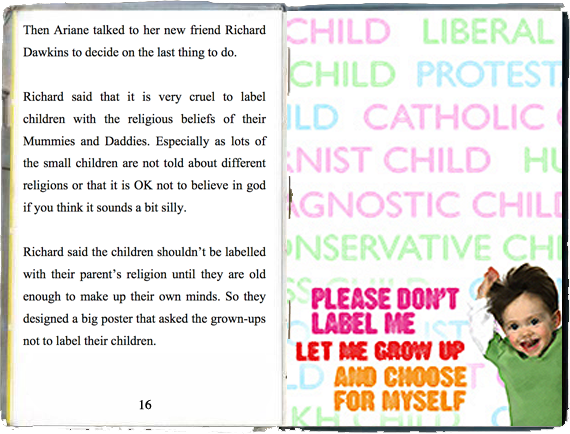 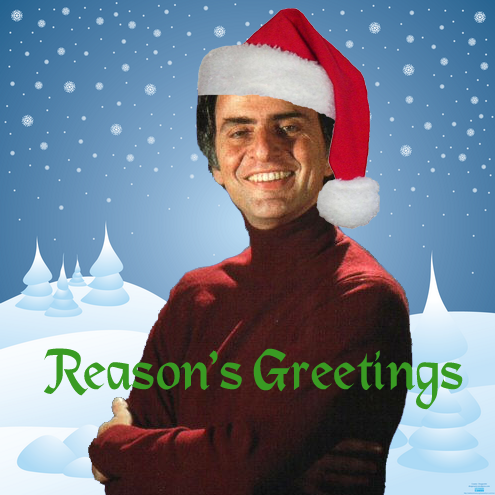 We critically thinking, rational types are well aware that the reason why homeopathy doesn’t work beyond the placebo effect is because, in all probability, there are bugger all active ingredients in any remedy above 15C. In fact, the scientifically unproven technique of like curing like means that even the remedies below 15C, that might just contain the odd molecule of the original ingredient, are hardly any more likely to work either.
However, to the uninformed majority, homeopathy is often confused with natural herbal remedies. And the fact that you can buy them from your local branch of Boots the Chemist adds an additional air of false credibility. After all we trust Boots to sell us medicines that actually work. Nevertheless, thanks to the Parliamentary Science and Technology committee we now know from the horse’s mouth that Boots sell homeopathic remedies not because there is any evidence that they are efficacious, but simply because they sell.
Perhaps they wouldn’t sell quite so well if more people were aware of what a homeopathic remedy is and how scientifically absurd its underlying principles are.
In order to try and raise awareness of the truth behind homeopathy, a while ago I cobbled together a quick video demonstrating how a homeopathic remedy is made. Much to my surprise the video proved to be rather popular but in case you missed it, here it is again:
Despite the success of the above video, a much wider reaching awareness is required, and this is where the 1023 campaign comes in. If you would like to become involved in the awareness raising campaign then please sign up here to receive more information on how you can help.
Posted by Crispian Jago at Wednesday, December 16, 2009 No comments:

I Overheard Simon Perry in a chemists the other day talking to the director of Boots, Paul Bennett …


PERRY: 'Ello, I wish to register a complaint.
(Paul Bennett does not respond.)
PERRY: 'Ello, Miss?
BENNETT: What do you mean "miss"?
PERRY: I'm sorry, I have a cold. I wish to make a complaint!
BENNETT: We're closin' for lunch.
PERRY: Never mind that, my lad. I wish to complain about this homeopathic remedy what I purchased not half an hour ago from this very Boots.
BENNETT: Oh yes, the, uh, the 30C Wolfsbane...What's, uh...What's wrong with it?
PERRY: I'll tell you what's wrong with it, my lad. It’s ineffective, that's what's wrong with it!
BENNETT: No, no, many people believe it to be effective.
PERRY: Look, matey, I know an ineffective remedy when I see one, and I'm looking at one right now.
BENNETT: No no we sell it because, some people believe it works'! Remarkable remedy, the 30C Wolfsbane. Beautiful packaging!
PERRY: The packaging don't enter into it. It's ineffective.
BENNETT: Nononono, no, no! 'Some people believe it works!
PERRY: All right then, if people believe it works I’ll ask them!
(Shouting at other customers)
'Ello, Mister Edzard Ernst! I've got a lovely research grant for you if you tell me you believe homeopathy works
(Bennett mutters "Ja")
BENNETT: There, he said yes!
PERRY: No, he didn't, that was you doing a dodgy German accent!
BENNETT: I never!!
PERRY: Yes, you did!
BENNETT: I never, never said anything...
PERRY: (yelling and hitting the package repeatedly) 'ELLO EDZARD!
Testing! Testing! Testing! Testing! Do you believe homeopathy to be effective?
(Takes pills out of the package and swallows the lot. Throws empty packet up in the air and watches it plummet to the floor.)
PERRY: Now that's what I call an ineffective remedy.
BENNETT: No, no.....No, it’s an aggravation!
PERRY: AGGRAVATION?
BENNETT: Yeah! A healing crisis. You’ve got to get worse before you get better.
PERRY: Um...now look...now look, mate, I've definitely 'ad enough of this. That remedy is definitely ineffective, and when I purchased it not 'alf an hour ago, you assured me that its total lack of efficacy was due to it bein' diluted and succussed following a prolonged potentization.
BENNETT: Well, it’s probably your susceptibility attracting miasms.
PERRY: SUSCEPTIBILITY attracting MIASMS? What kind of talk is that? Why isn’t there any scientific evidence to support its efficacy?
BENNETT: The 30C Wolfsbane's been through several homeopathic provings. Remarkable remedy, id'nit, squire? Lovely packaging!
PERRY: Look, I took the liberty of examining that remedy when I got it home, and I discovered the only reason that some people find it effective is the PLACEBO effect.
(pause)
BENNETT: Well, o'course there’s the placebo effect. If it didn’t have the placebo effect it wouldn’t do anything. If that remedy didn’t have the placebo it couldn’t cure you.
PERRY: CURE? Mate, this remedy wouldn't "cure" if it had had four million dilutions it’s bleedin' useless!
BENNETT: No no! Its aggravations!
PERRY: It's not aggravations! It's ineffective! This remedy is useless! It is completely ineffectual! It’s a pseudo-therapy! It’s inept! Bereft of active ingredients it doesn’t work! If it wasn’t for the placebo it would have no therapeutic effect whatsoever. It’s scientifically implausible. It’s completely absurd. The purported mechanisms of its action fly in the face of our understanding of chemistry, physics, pharmacology and physiology. THIS IS AN INEFFECTIVE REMEDY.
(pause)
BENNETT: Well, I'd better replace it, then.
(he takes a quick peek behind the counter)
BENNETT: Sorry squire, I've had a look 'round the back of the shop, and uh, we're right out of effective homeopathic remedies.
PERRY: I see. I see, I get the picture.
BENNETT: I’ve got some Evening Primrose.
(pause)
PERRY: (sweet as sugar) Pray, does it cure?
BENNETT: Nnnnot really.
PERRY: WELL IT'S HARDLY A BLOODY REPLACEMENT, IS IT?
BENNETT: Look, if you go to my brother's pharmacy in Bolton, he'll sell you some science based medicine.
PERRY: Bolton, eh? Very well.
(Perry leaves)

With Special Thanks to the Merseyside Skeptics Society
Posted by Crispian Jago at Thursday, December 10, 2009 3 comments:

Sorry for the lack of new posts in the last week, I’ve been awfully busy working on some other stuff in my spare time.

Also, as it’s getting near the end of the year, so I’ve been working on my 2009 album review. Not really much to do with Science, Reason & Critical Thinking, but I love music as well as science. Anyway, Rebecca Watson took a look at the list and told me I’d got it all wrong. I therefore rechecked the facts and, it turns out that she’s wrong and I’m completely correct.

I’m also working on a few other things, but hope to get back to posting my normal dubious nonsense again soon.
Posted by Crispian Jago at Monday, December 07, 2009 No comments: