Judging on Paul the "psychic" Octopus's current form, pundits have tipped him to win the Million Dollar Challenge. 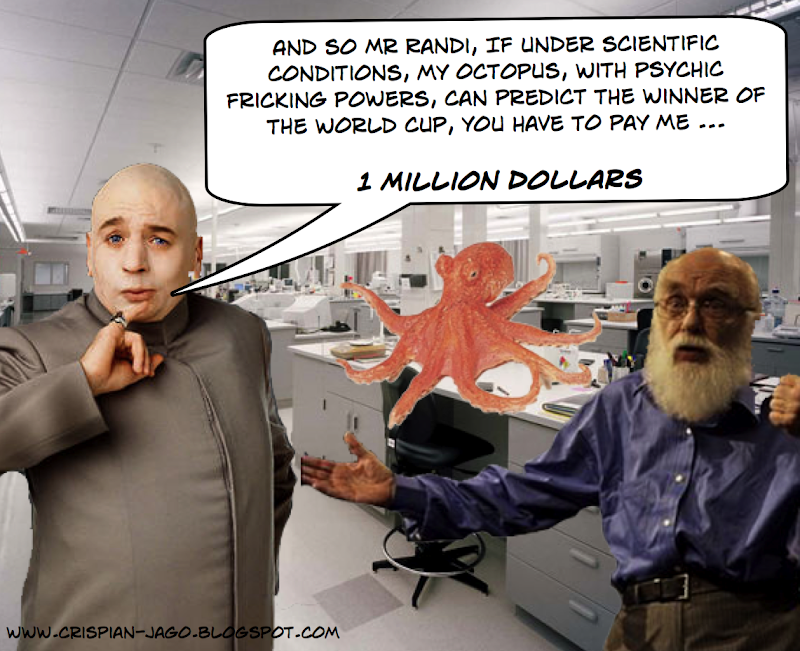 P.Z. Myers is rumoured to be coaching the cephalopod in preparation for the challenge. 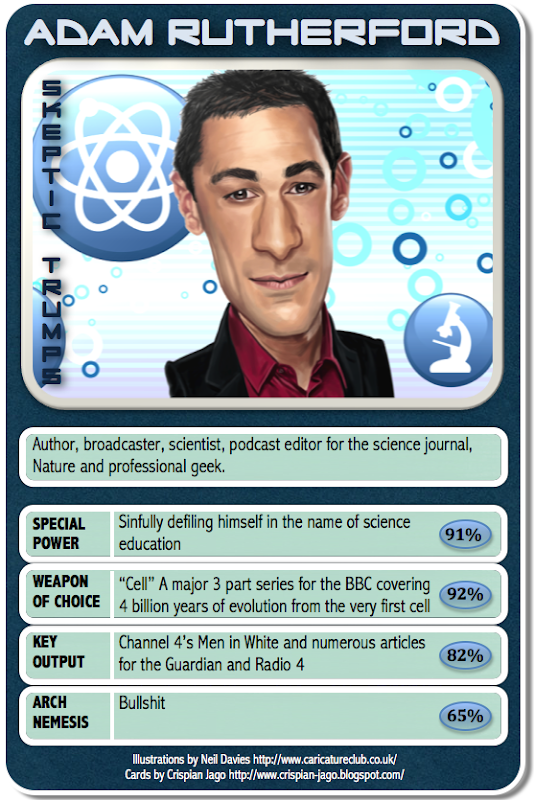 Oh, and credit to Jim Turner for directing me to the spunk
Posted by Crispian Jago at Sunday, June 27, 2010 2 comments: 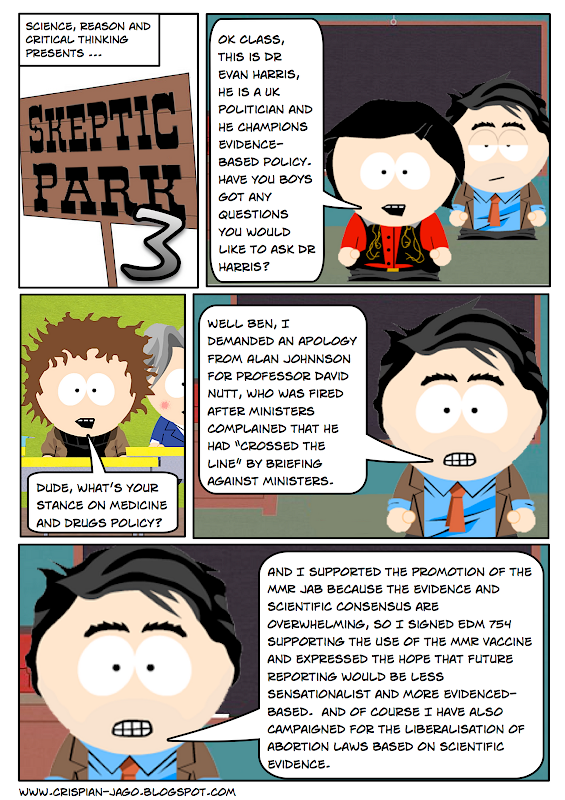 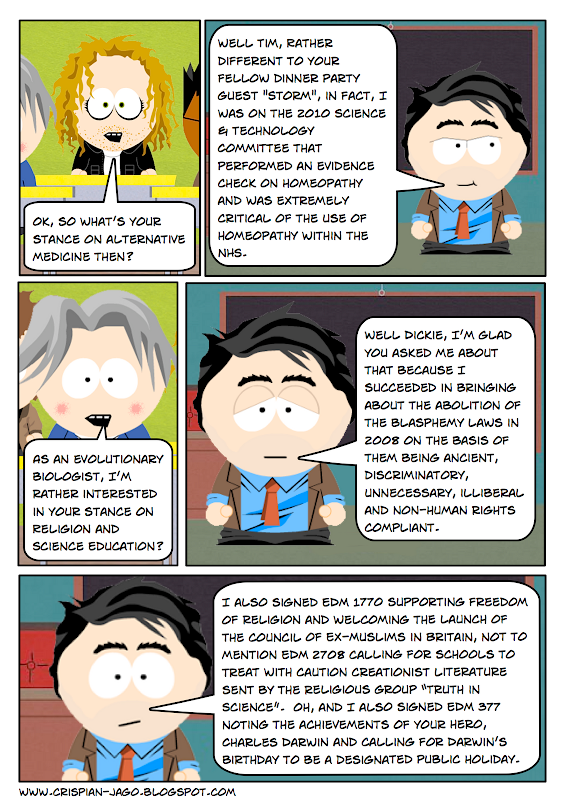 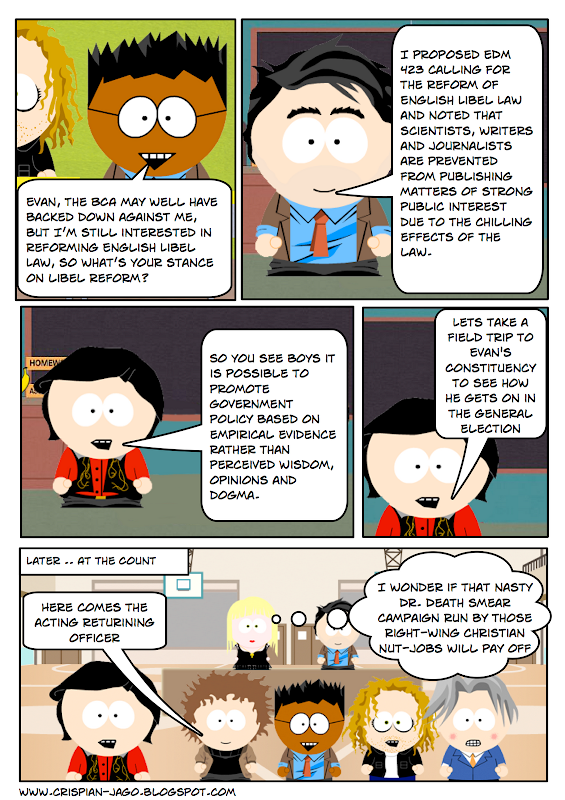 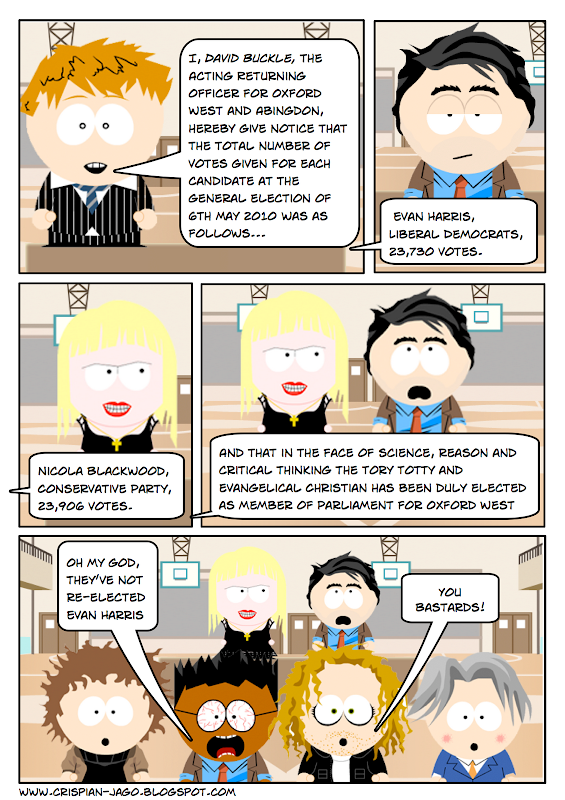 Take a look at Dr. Evan Harris's parliamentary record on Skeptical Voter and if you would like to help to get Evan back in Parliament please join this Facebook Group to see what you can do to help.

And Skeptic Park 4 will no doubt appear with the same tired punch line next time a fellow Skeptic falls foul of the forces of irrationality.
Posted by Crispian Jago at Friday, June 25, 2010 9 comments:

It's all happening next week. The song BOMBASTIC MIND by my band MENTAL HEALTH has been chosen as one of 40 songs taking part in the Storm The Charts campaign (stormthecharts.com), which currently has over 30,000 supporters signed up to it.

The idea is to flood the UK Top 40 chart with 40 songs by fresh new "unsigned" artists. The mass download week starts at midnight on Saturday 26th June, and runs through to Sunday 4th July - "Independent's Day".

The BOMBASTIC MIND mp3 can be downloaded from Amazon, iTunes etc – details of their UK branches (which register on the UK chart) can be found on MENTAL HEALTH’s website here:

I rather liked it, but then I am a massive Stranglers fan.
Posted by Crispian Jago at Thursday, June 24, 2010 No comments: 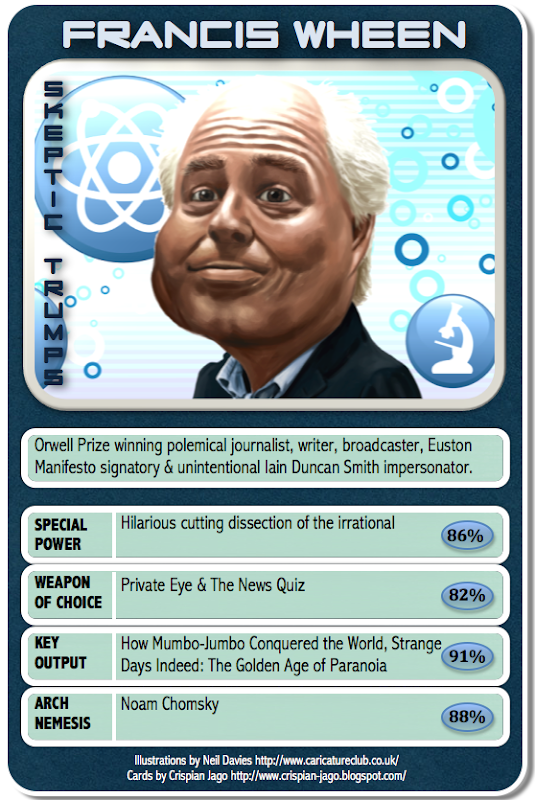 Click Here for the full deck of cards
Get your own personalised caricature by Neil Davies
Posted by Crispian Jago at Thursday, June 17, 2010 2 comments:

Of course I’m quite tizzy with anticipation at the prospect of spending two days in October with a whole bunch of like minded people and skeptical celebrities.

Even though my presence at The Amazing Meeting, London was never in doubt, I was rather intrigued by this comparison of TAM London with those god-awful American MegaChurches.

This heretical association was so promptly and vehemently denied by the TAM London organizers that I grew suspicious of their paranoia.

I have therefore been investigating the secret dark religious underbelly of TAM London and I have unearthed the following disturbing similarities.

Firstly, all delegates will start the day by reciting the Randi Prayer in unison:

There will also be Skeptical Hymns lead by Tim Minchin and a Scripture study with Robin Ince who will be reading the lessons from the gospels of Carl Sagan.

What’s more, I am unreliably informed that Father Wiseman and Monsignor French will man skeptical confession boxes. These will offer the congregation the ability to anonymously confess their secret irrational beliefs, such as once visiting a naturopath or even being abducted by aliens. Delegates will be then been given a suitable penance before being granted absolution from their dirty irrational beliefs.

In addition to this, delegates will be invited to partake in a Skeptical communion where they will consume the body and blood of Douglas Adams, thinly disguised as bangers and mash with a pint of warm beer.

Finally I even hear the event may well include the beatification of Martin Gardner.

Assuming they don’t excommunicate me, I’ll see you there
Posted by Crispian Jago at Wednesday, June 16, 2010 5 comments: 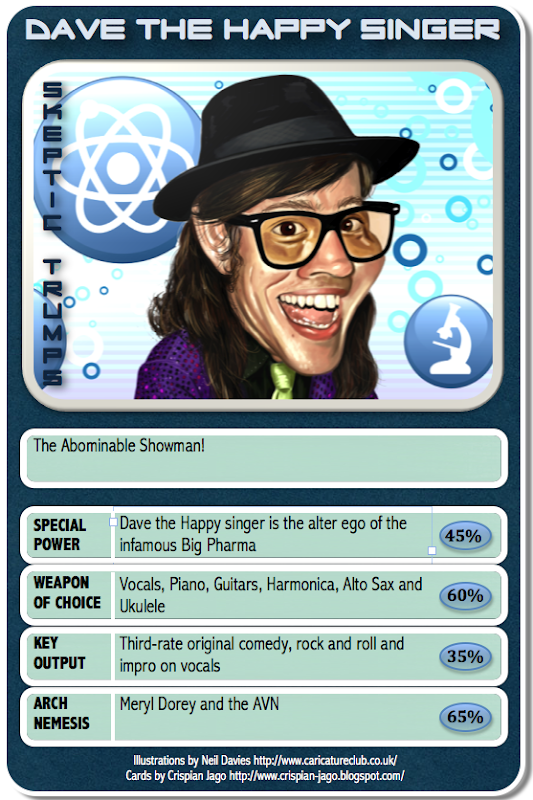 Click Here for the full deck of cards
Get your own personalised caricature by Neil Davies
Posted by Crispian Jago at Tuesday, June 15, 2010 No comments: