Is The 27 Club Statistically Significant?

Shortly after the sadly premature death of the undoubtably talented Amy Winehouse last night, I tweeted that yet another rock star has tragically died at the curious age of 27.

The prestigious ranks of the infamous 27 club include Kurt Cobain (Nirvana), Brian Jones (The Rolling Stones), Jim Morrison (The Doors) as well as Jimi Hendix and Janis Joplin.

I was however taken to task for the non sceptical nature of my tweet, suggesting that I was perhaps implying some supernatural driver to this interesting coincidence.

I thought I was merely commenting on an interesting coincidence, but this got me thinking. But before we even consider if there is a reason, we must first determine if its is even statistically significant enough to warrant needing a reason at all.

So, ignoring age, I listed whom I considered to be the 100 most well known dead "rock" stars, and then I looked up their ages and shoved them into an excel spreadsheet. (Not completeley blinded alas as I had a fair idea of roughly how old they all were). Anyway, I've highlighted the "27 club" in red:

Of course there are many other rock stars in the 27 Club, but I selected whom I considered the most well known across the board rather than cherry picking (or indeed ignoring) any particular age. However, I accept it is only an arbitrary sample.

I then plotted the total number of dead rock stars by age, and came up with the following graph: 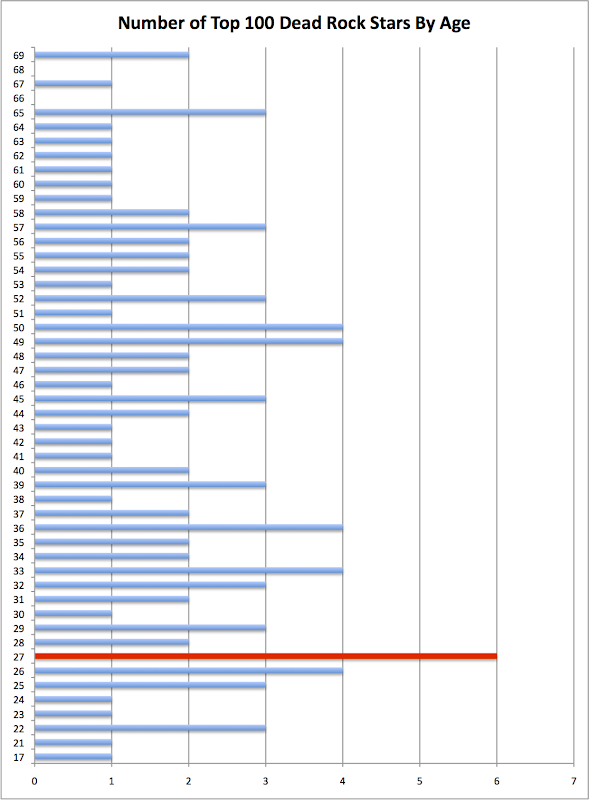 27 is indeed the most common age of death for the most well known rock stars, but the red line doesn't seem as if it is any longer than mere chance might produce for any random age. Indeed if I widened my sample of rock stars to a 1,000 I'd be unsurprised to see the red line even less statically significant.

But that's not to say that there are not a number of complex reasons why 27 turns out to be the mode in my graph. Perhaps those with a constitution unsuitable for the rock star life make them vulnerable after a certain amount of exposure to drugs and alcohol which commonly coincides with this age.

I think taking an interest in the 27 Club is worth while merely to revisit the unfortunate talent that has been admitted. I'm pretty sure we can do this without invoking any supernatural or paranormal false justification.

Of Course regardless of whether this unfortunate guild has coalesced around a truly random number or a number resulting from a complex array of natural and social phenomenon, the fact remains that 27 is now the magic number that has entered our culture. Like all superstitions we are now free to willfully ignore the vast majority of Rock's tragedies that do not invoke the 27 club, and ensure that we are all over it like a tramp on chips at the inevitable next initiation ceremony.


POSTSCRIPT:
Oops Entered Bon Scott twice, cant be bothered to update my graph though, you get the general idea. In fact why doesn't someone do a more controlled study?

ANOTHER POSTSCRIPT:
Thanks to everyone who pointed out that as rock and pop has its roots in the 1950’s and was predominately an interest of the young, it was fairly inevitable that any early casualties s would be young. Indeed many of the 27’s clubs biggest stars acquired their membership in the early 70’s. If I conducted my crude analysis on rock stars who’ve died since say 1980, then the queer peak at 27 would disappear. I’m sure there’s many other logical reasons that also contribute to the fascinating but relatively insignificant peak of the 27 club.

AND ANOTHER THING:
Paul Clarke’s comment below is worth mentioning again above the fold. In my words: Does death at a young age and perhaps at the height of musical success help secure a rock star mega status that may well have faded if not inconveniently preserved by a premature death.
Posted by Crispian Jago at Sunday, July 24, 2011 15 comments:

Some of you may recall that just under a couple of years ago I posted a short video on this blog entitled: If Homeopathy Works … I'll Drink My Own Piss.

I received a comment on YouTube about that video today from powerm1985, and a link to some of his own videos. After checking them out, I wanted to share them here, so here's a few more videos demonstrating why homeopathy is a big bag of bollocks:
First, "Proving Homeopathy Wrong In Your Kitchen", is a great little science experiment that demonstrates that there is NOTHING in homeopathic remedies:
And, this Bleach drinking video is very reminiscent of my own piss drinking video, although I'm told it was made prior to seeing my video, so I'll put it down to great minds thinking alike.

Incidentally when I planned my original video I was intending to use bleach, but changed to piddle at the last minute as I thought drinking piss was slightly more amusing than bleach.
BTW, There lots more great science videos on his YouTube Channel, well worth checking out. I couldn't help but notice use of a sonic screwdriver at one point too.
Posted by Crispian Jago at Sunday, July 24, 2011 6 comments:

Email ThisBlogThis!Share to TwitterShare to FacebookShare to Pinterest
Labels: Homeopthay

I’m a big fan of the logically irrefutable critical thinking skills of Professors Grayling and Dawkins. So it’s been a bit of a disappointment lately to see all this negative coverage of “Grayling’s Folly”.

So we at Science, Reason and Critical Thinking have decided to help the mad old profs out by creating an advertisement for the New College of the Humanities. 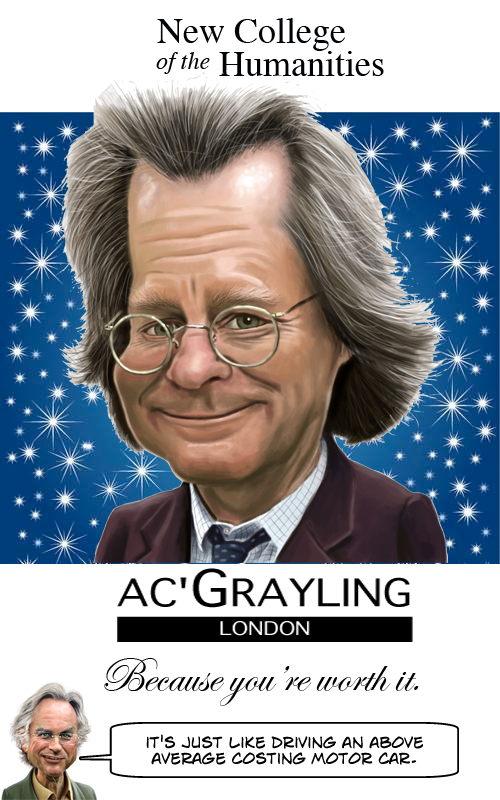 Caricatures by the very talented Neil Davies (Originally made for the Skeptic Trumps)
Posted by Crispian Jago at Friday, July 22, 2011 2 comments:

Why I'm So Sad to See the Space Shuttle Come Home 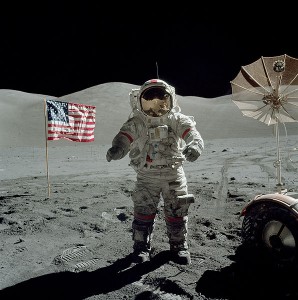 On the 11th December 1972, Eugene Cernan became the last human being to walk on the natural grey satellite that orbits our fragile blue planet. 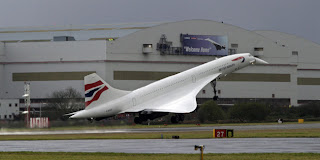 On the 27th November 2003 I lined the runway at Filton airfield just outside Bristol as the last commercial supersonic passenger plane touched from its final flight.

On July 21st 2011 I received this beautiful and poignant video montage of the Space Shuttle missions from Dr. Adam Rutherford shortly after Atlantis safely touched back down on Earth for the last time.

I wonder where I will  be  when we abandon scientific pioneering completely, and on what date we will use the wheel for the last time.

FFS humanity why cant we get back to adventuring, pioneering and truly awe inspiring science rather than investing all our cash in innovative ways to blow up people who have a different imaginary friends to us?
Posted by Crispian Jago at Thursday, July 21, 2011 3 comments:

The London Underground Tube Map to the tune of Doctor Who … 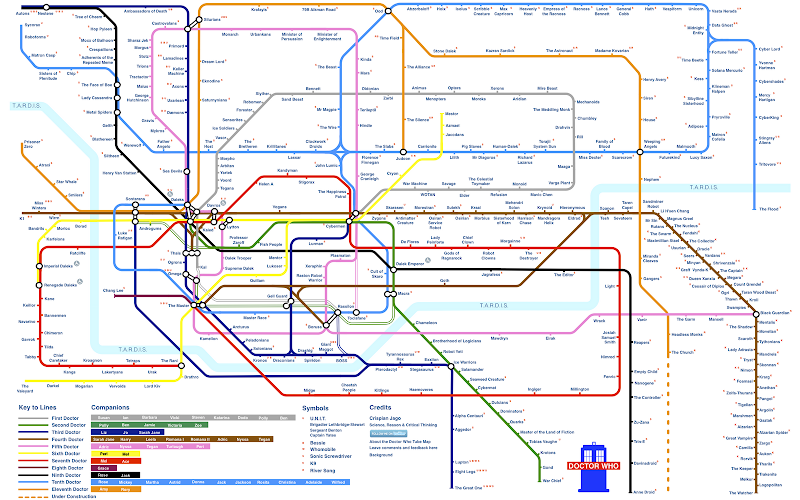 Click the above image to access the interactive Doctor Who Tube Map.
NB Open the browser window to full screen mode and allow all of the images a few moments to fully load. Not suitable for iPads. 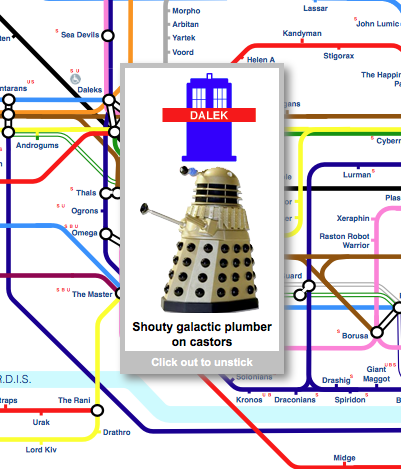 Hover the mouse over the main line interchanges to take a closer look at the aliens, monsters and baddies. 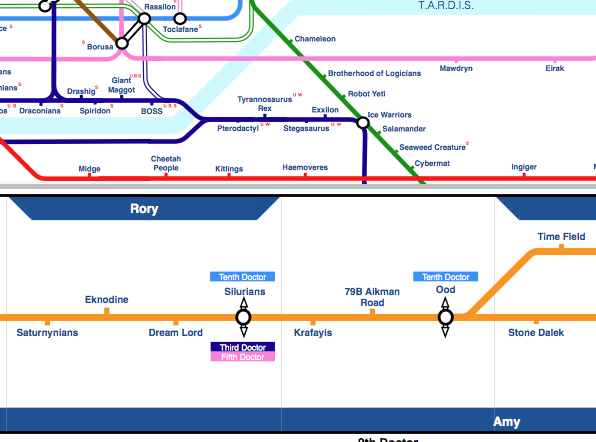 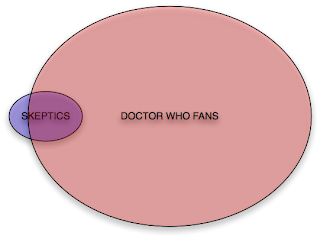 I shall be publishing it here d'rectly.
Posted by Crispian Jago at Friday, July 15, 2011 6 comments:

We Apologise for the Inconvenience - Normal Service Will be Resumed Shortly 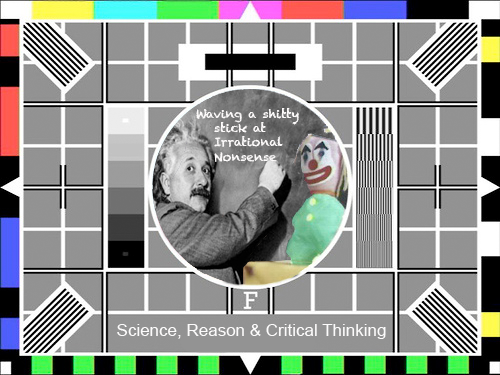 Regular visitors to this insignificant little blue green blog far out in the uncharted backwaters of the unfashionable end of the western spiral arm of the internet, may have noticed that there has been little original content appearing over the last few weeks. In fact, even that previous sentence was somewhat sparse on original ideas and contained more plagiarised text than Johann Hari's USB memory stick.

Anyway, the lack of new content is a direct result of an idea I had for a new blog post whilst watching old episodes of Doctor Who with Tom Baker. The idea has since expanded into a significant project that is eating up all of the little spare time that I have. However, being a persistent little bugger, I feel compelled to complete my TARDIS shaped folly before moving on.

Please bear with me for a few more weeks and then normal service of throwing poo in the general direction of irrational nonsense will be resumed.

Jourdemayne: The Vampires of Rhode Island

My good friend Deborah is producing an excellent series of video podcasts on the Vampires of Rhode Island. You can watch the first part below and then head over to Jourdemayne's blog to read more.