The Bradford Sisters and the Faith Pyramid

Much debate has raged this week regarding the (presumed) Syrian bound sisters from Bradford. How could these people become so radicalised in our free and democratic society? To the rational mind it remains a complete enigma as to why anyone would choose such an irrational, immoral, preposterous and ultimately dangerous path. Some blame the internet. Some blame extremists in the local community. Some blame the radicalised brother. But regardless of where these hateful ideologies were preached from, how could such insidious ideas possibly take root?

Religious fanaticism and its associated consequences could therefore be seen as having a Maslow styled hierarchy of belief. Here’s my belief pyramid and the consequences you can expect at each level.

Of course things are a lot more nuanced than my knowingly provocative graphic suggests and I’m keen to stress that the attributes of these levels of religiosity are not restricted to any particular faith.


Finally, does the general decline in religion mean that this pyramid will eventually die out, or will we just find a new base? 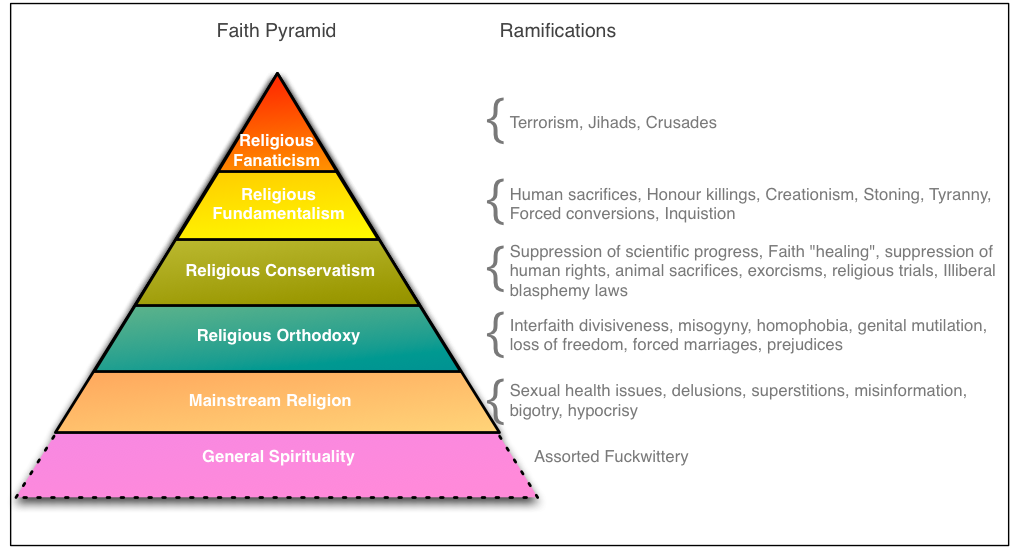