With apologies to John Cleese, Graham Chapman and Micahel Palin.

Farage: Ah. I'd like to have an argument, please.

Receptionist: Certainly sir. Have you been here before?

Farage: No, this is my first time.

Receptionist: I see. Well, do you want to have a five-minute argument on the Radio 4 Today Programme, or were you thinking of making regular appearances on Question Time?

Farage: Well, what qualifications do you need?

Receptionist: Well, you just need to be prepared to take an contrary viewpoint and be available for the Today Programme but you will need to establish a narrow-minded and chauvinistic point of view for regular appearances Question Time.

Farage: Well, I think it's probably best if I start with The Today Programme and then see how it goes from there, okay?

Receptionist: Fine. I'll see who's free at the moment.

Farage: Thank you. (Walks down the hall. Opens door.)

Holy man: Let us spare a few moments of thought for somebody in yesterday’s news.

Farage: Well, Well, I was told outside that...

Holy man: When Jesus was in a completely different but not dissimilar situation he would talk in pointless riddles

Holy Man: So just think how wonderful it would be if everyone was as lovely as Jesus.

Farage: Yes, but I came here for an argument!!

Holy Man: OH! Oh! I'm sorry! This is tedious platitude for the day for listeners who still think that people who believe in invisible sky fairies have a greater sense of morality than people who favour science, reason and critical thinking.

Holy Man: Aha! No, you want to come back at about five to eight, I’ll be finished by then.

Holy Man: Not at all!

(Farage waits a few minutes and then re-enters.)

Farage: Is this the right room for an argument where two entirely unequal points of view can be debated as if both arguments where equally valid. 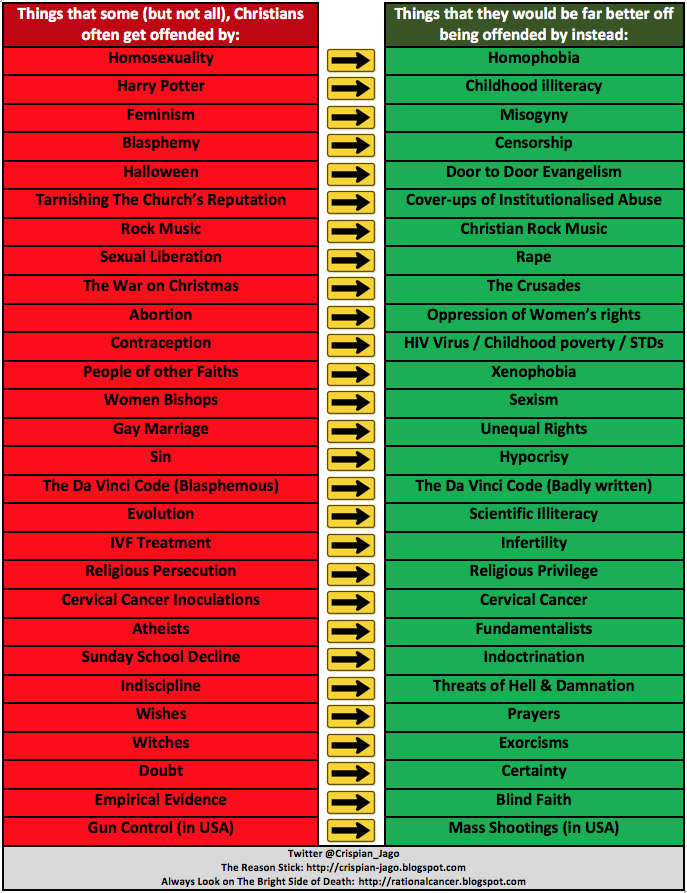