@Crispian_Jago Inspired by the fantastic Periodic Table of Irrational Nonsense, I wrote a blues song:

And it really is rather excellent, so here it is ...

The directive will require the clear identification of individuals who endorse ideas and information based on potentially harmful and unproven pseudoscientific concepts or supernatural beliefs.

In order to comply with the regulations, Science, Reason and Critical thinking has developed the “Woo Woo Wheel”. 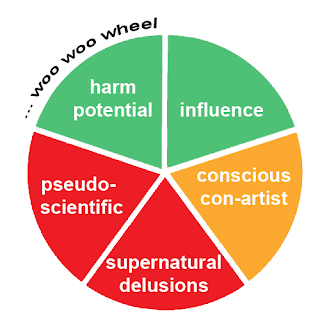 The Woo Woo Wheel will enable consumers to immediately and clearly identify the key irrational nonsense content of each individual at a glance.

The Woo Woo Wheel is divided into 5 segments coloured in either red, amber or green to denote the level of danger for each of the 5 segments: 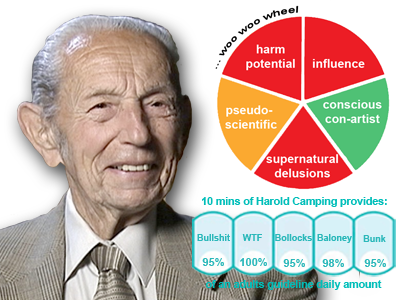 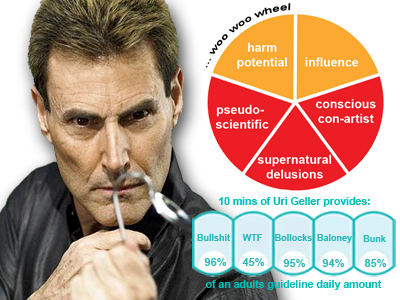 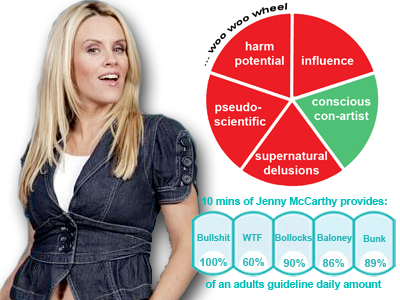 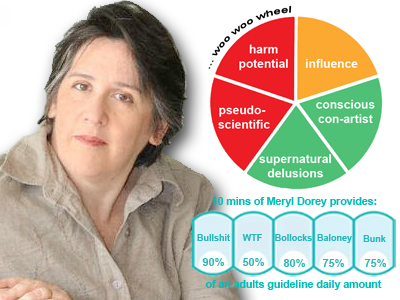 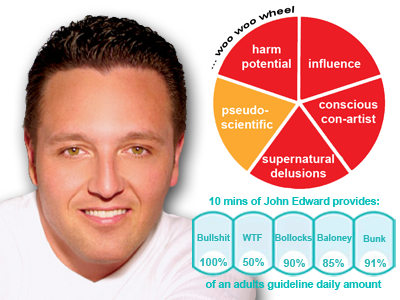 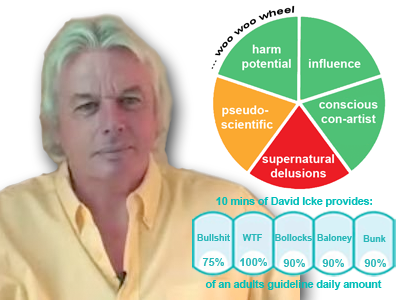 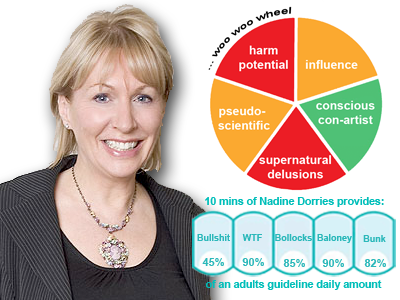 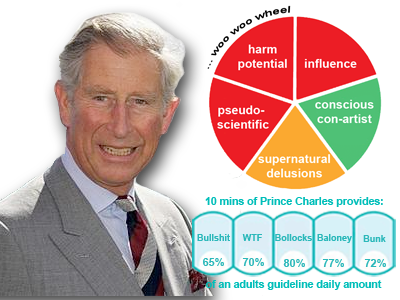 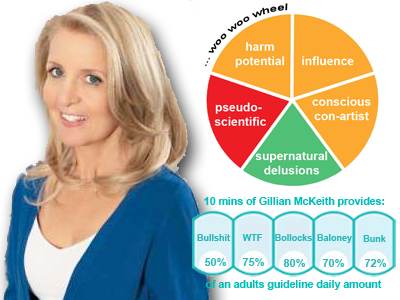 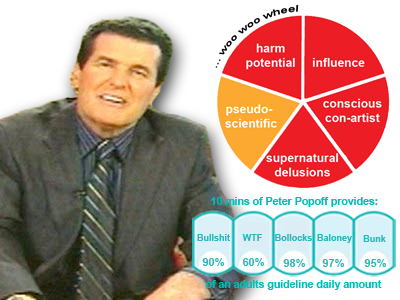 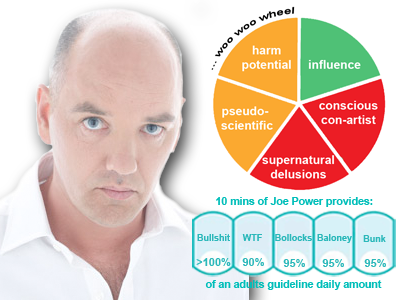 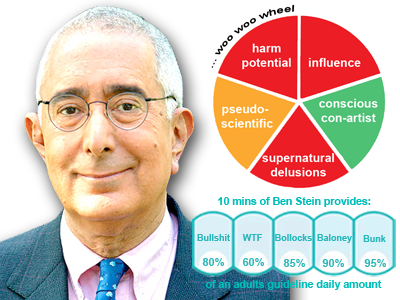 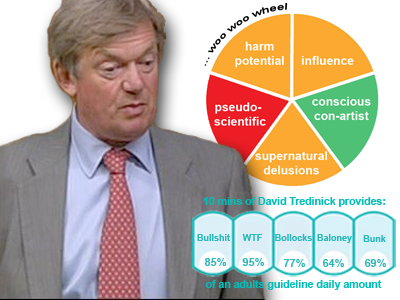 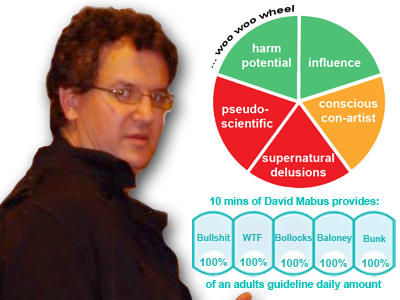 You get the idea. Feel free to send me any un-labelled enemies of reason you spot, and I’ll be happy to slap a label on them.

Hat tip to @Zeno001 for pointing me in the general direction of inspiration.
Posted by Crispian Jago at Saturday, May 28, 2011 17 comments: 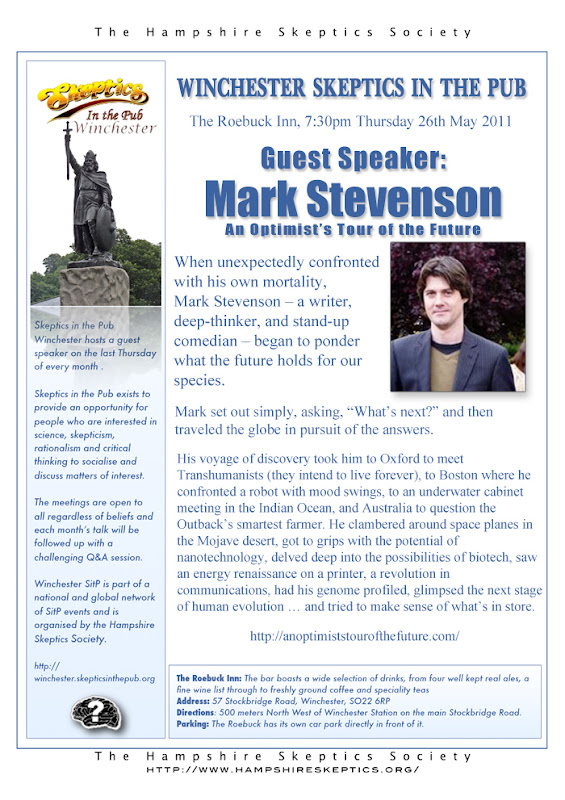 How the New Rapture Date Was Calculated

Thousands of Christians were rather disappointed on Saturday when the much-anticipated supernatural genocide failed to occur.
But never fear, undercover operatives at Science, Reason and Critical Thinking have uncovered the following photograph of a dartboard from Harold Camping’s basement. 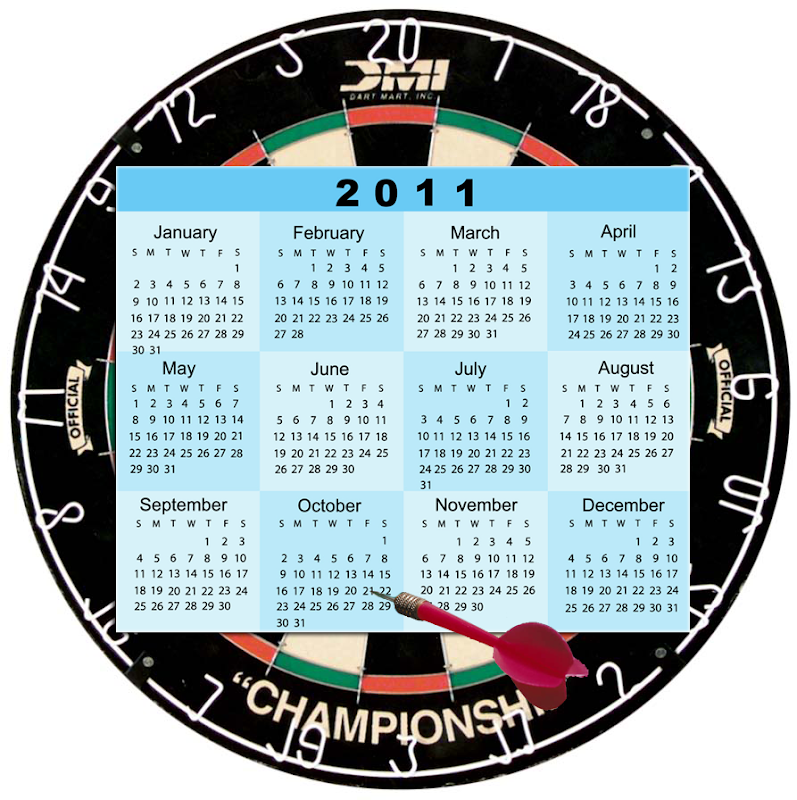 I’ve got the date in my diary already. How can it possibly fail this time?

ACTUAL CALCULATION METHODS MAY VARY, BUT DATES CALCULATED WILL HAVE AN EQUAL VALIDAITY TO THE ONE CALCULATED USING THE MODEL SHOWN. YOUR SANITY MAY BE AT RISK IF YOU UNCRITICALY ACCEPT THE CLAIMS OF RELIGIOUS LOONS.
Posted by Crispian Jago at Tuesday, May 24, 2011 2 comments: 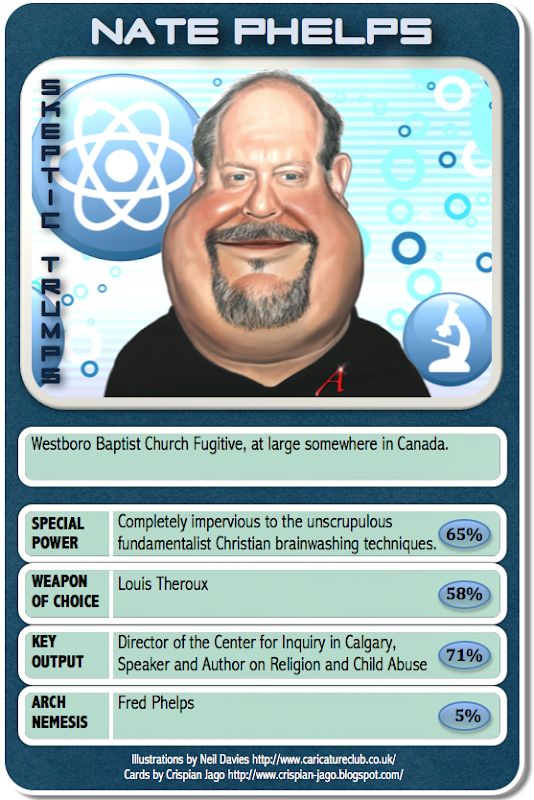 Click Here for the full deck of cards
Get your own personalised caricature by Neil Davies
Posted by Crispian Jago at Tuesday, May 24, 2011 No comments: 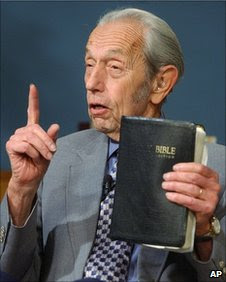 Well there's a surprise, its gone 6pm and I haven't seen a single soul being raptured skywards yet. But before we all knock Rev Harold Camping, and I'm sure he's in for a pretty good knocking, lets not forget that his beliefs in heaven and hell aren't really that different from the mainstream Christian views. Organised religion has  just learnt that there's less chance of looking like a bunch of pillocks if you don't actually name any specific dates, keep it vague, avoid easy testable or falsifiable claims, and you can can keep them believing.
Posted by Crispian Jago at Saturday, May 21, 2011 19 comments:

Maybe it’s a trifle condescending to judge a person by their irrational beliefs, but whenever I see someone wearing a "Power Balance" bracelet, it’s very hard not to jump to the immediate conclusion that they’re not perhaps just one scotch egg shy of a picnic.
As the English cricket team prepare for their first home test of the year against Sri Lanka, I am reminded again of how my euphoria at their Ashes victory at the start of the year was seriously marred by the revelation of the team’s uncritical belief in pseudoscientific flim-flam.
Although it wasn’t too much of a surprise to learn that David Beckham is rather weak minded when it comes to the belief in bewitched bangles, I had rather hoped for better from the English cricket team.
So, use your mouse to position the sceptical magnifying glass over the power balance bracelets sported by the cricketing numpties below, and take a closer look at how they appear to anyone with an ounce of logical thought.
Still on the flipside, I guess the Darwin fish on the back of my car doesn’t speak too kindly of me in the eyes of a true believer.
Posted by Crispian Jago at Thursday, May 19, 2011 1 comment:

A random selection of 120 urban biscuit myths, legends, superstitions and popular misconceptions that hold equal validity to the more familiar myths on which they are based.

Click the image below, then hover the mouse of each piece of delicious biscuity goodness to reveal the myth. 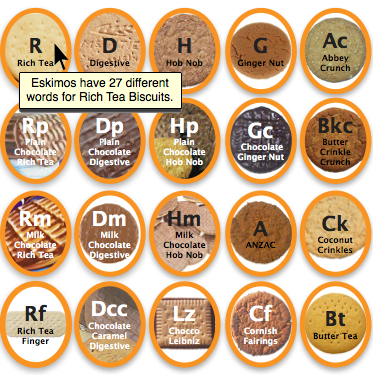 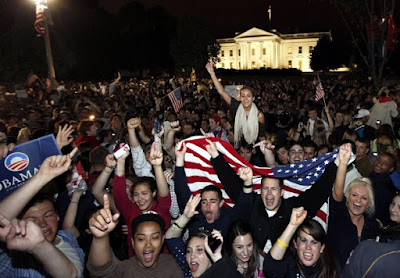 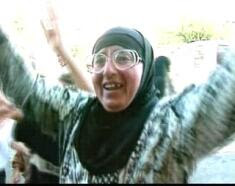 I'm afraid each of the celebrations above look to me worryingly more like retribution, and I've got an uncomfortable feeling that that has a rather circular element to it. I hope I'm wrong.
Posted by Crispian Jago at Monday, May 02, 2011 15 comments: