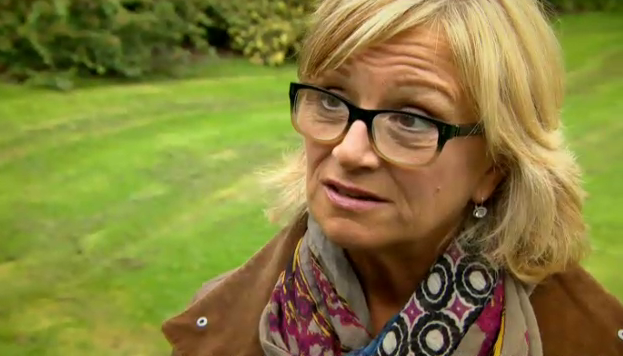 Go on, admit it, you all think that Psychic Sally is a big fat fraud.

However, the majority of skeptics and rational commentators on the recent tribulations of the ever so lovely  Sally Morgan have gone out of their way to make it perfectly clear that they are absolutely not accusing her of being a fraud. And I too would like to make it quite clear up front to everyone, including Sally’s legal team, that I’m not making that allegation either.

We all know perfectly well that we cannot scientifically disprove Sally’s psychic claims any more than we can disprove Bertrand Russell’s celestial teapot or Carl Sagan’s garage dwelling dragon. The likelihood of Sally’s mystic abilities being supernatural powers currently unknown to science are roughly equivalent to the likelihood of spontaneous heavenly crockery. Indeed the possibility any self proclaimed psychic has genuine paranormal powers are as close to zero as makes no odds, but it is nonetheless important to concede that it’s not an absolute impossibility. It therefore doesn’t seem at all unreasonable to transfer the burden of proof onto Sally, and kindly invite her to prove her mystical abilities under scientifically controlled conditions.

Sally may well be many things, but one think she is clearly not, is a complete and utter fuckwit. She knows as well as we do that the seemingly inexplicable phenomena seen in her stage shows will not manifest themselves under tightly controlled test conditions. She also knows as well as we do that it is not possible to empirically disprove her claims through the scientific method, so it’s hardly surprising that her response is simply to bat the burden of proof back to the skeptical community.

This deadlocked situation seems to have spawned a set of almost creed-like clichés resonating around the sceptical community. How often have you heard phrases along the lines of?


“Sally may well have genuine psychic abilities; we just want to give her the opportunity to prove her powers beyond all reasonable doubt.”

The sceptical community are reduced to pussyfooting around the big name psychics being ultra careful not to explicitly claim they are frauds (apart from clear cut cases like Peter Popoff).

The preferred tactic seems to be hopelessly goading them into proving their claimed abilities under controlled conditions like the James Randi Million Dollar Challenge with more clichés like:

But would we truly be thrilled and delighted if a psychic were to pass a controlled test? Would we set to work rewriting the science books straight away in the light of this truly astounding new observation? Or would we not still be a little sceptical? Would we be reluctant to immediately overturn a wealth of negative data in the light of a new freak positive? It would certainly be a fascinating discovery that would warrant in depth inquiry, but with extreme caution.

But of course these offers of a potential scientific paradigm shift and the possibility of bringing psychic investigation into the realms of credible science are meaningless carrots, dangled in the safe knowledge that we all know its just a load of old bunkum and cheap parlour tricks really.

Bunkum it almost certainly is, but it’s hard to hammer the point home when restricted by the unwritten rules of sceptical correctness.

Perhaps there is another way. Perhaps it’s just a matter of giving the psychics enough rope and waiting. In the last episode of Derren Brown’s recent series “The Experiments” he conducted an experiment in to luck by seeding a made up rumour of a lucky dog statue. The rumour quickly spread around the local townsfolk and eventually drew the interests of Psychic Sally herself who credulously proclaimed that the statute was standing at the centre of “a vortex of energy”.

This looks like a much better way of exposing bullshit, and helping the public avoid treading in it.

POSTSCRIPT:
Well spotted commenters, I did mean to include something about self delusion. Just read fraud in its broadest terms covering both conscious and self deluded.

Spot on. In an effort to sound "open-minded" some skeptics have said some absurd things; lending credibility to things that are devoid of evidence.

There is also the possibilty she could be deluded rather than a fraud.

I think BadScienceMonk hits the nail on the head here, and that's basically why I don't agree that skeptics are pussy-footing (well, maybe some are!).

I think it's important for skeptics to understand the nature of belief, and make that distinction between scam artists, and people who genuinely believe in what they do.

Anyway, keep up the good work!

Such are the iniquities of UK libel law that pussyfooting is practically mandatory if you want to keep the shirt on your back. Also, it's important to avoid turning into the big, bad oppressive wolf.

Me? I just slap a FPI order on that mess. If she can't prove it, it ain't real.

Is in not the case that if Sally is using a wire and being fed information from collaborators (as has been alleged) then this is clearly fraud - she and her accomplices have set out with the clear intention of deceiving her audience and thus defrauding them.

I think the Crispian has missed the point. Just because the people offering the tests believe her to be a fraud, does not mean they should say so. If you want someone to take a fair, scientifically controlled test, you are not going to persuade them by saying "You're a fraud, come take this test, it will prove it".

Now, we all know that Sally isn't going to take up the challenge, even if you phrase the invitation diplomatically. But that refusal, in itself, does say something, but only to those people that believe the test is fair. If you make the invitation in a manner that suggests it might not be fair, Sally's refusal will be perfectly understandable to those people that might be persuaded one way or the other about Sally's "powers".

But. But that's what the challenge does. What.

Nice article, I am one skeptic who everyone knows NEVER pussy foots around. I have been openly calling Sally Morgan a liar and a fraud for over 6 years.

I am the ONLY person who actually researched, investigated and proved she lied, and then forced her to remove such claims from her site.

Shame my skeptical collegues dont take my lead and actually do some hard work, investigative journalism and so on, instead of "pussyfooting" around, or conducting dumb ass ill thought out publicity stunts that only end up make her look like the victim.

As far as I know, ther term 'fraud' relates to an intentional deception. The problem with Sally and others in her line of work is that we can't be certain of whether they're acting in good faith or not. In fact, we'd be on a sticky wicket if that was to be the focus of our efforts, as we can no more read her mind than she can contact our dead friends.

I really liked the million dollar challenge because, like the homeopathic overdose, I thought it was great outreach. We don't need to preach to the choir; neither are we ever likely to get a public change of heart from Sally herself.

But there are loads of people in the middle who get to find out about the debate via photogenic and newsworthy events. Our skeptical position would look unfairly unreasonable unless we were prepared to concede in advance that we may be wrong. It's the strength of our approach. We weight evidence and Sally was invited to contribute to that body of evidence.

I loved your point that she is not "a complete and utter fuckwit". That brought a smile to my day. It's one of the things that makes the whole area so slippery. No-one with any sense would enter a fight they can't possibly win. But if we assume this whole thing wasn't aimed at changing Sally's mind, but the minds of people who looked in the papers that day, then it was still a job well done.

I do wonder if there's another factor in skeptical dialogue regarding belief in 'supernatural powers' - that we have a hard time believing that anyone could hold such beliefs in good faith. My experience is that some truly do; although obviously when you get up to the high rollers like Helen Duncan, Doris Stokes et al, it's obvious they'd lose more than they could afford to by admitting any cynicism at all.

I made my certainty quite clear: