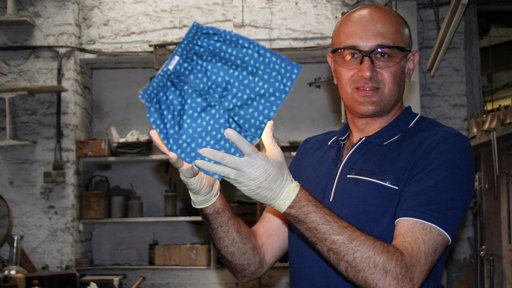 Despite further experiments at CERN confirming that neutrinos have travelled faster than the speed of light; the scientific community remain a trifle sceptical and still unwilling to resign Einstein’s theory of special relativity to bin just yet.

Nonetheless Prof Jim Al-Khalili, who famously boasted that he would “eat his boxer shorts” if anything travels faster than the speed of light, must surely be eyeing his undercrackers with unpalatable suspicion.

To this end our crack team of particle physicists here at Science, Reason and Critical Thinking have teamed up with top comedy chef Heston Blumenthal, to help alleviate Jim’s woes. In the highly unlikely event that Einstein’s theory turns out to be as much use as Anne Frank’s drum kit, our team have prepared a selection of gourmet recipes for Jim to choose from…

Tasty! But see this article - shorts aren't quite on the menu yet.

The menu looks lovely, but I'm betting he won't have to eat his unders any time soon. My money is still on Prof. Einstein