The Hitchhiker's Guide To Religion 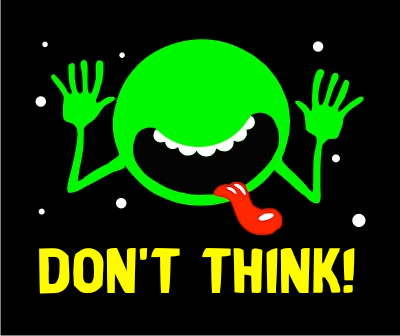 Religion: Some information to help you live with it.
Religion is farfetched. Really farfetched. You just won't believe how vastly, hugely, mind-bogglingly farfetched it is. I mean, you may think it's fairly improbable that fairies exist, but that's just peanuts to religion. Listen ….
The Messiah
The Encyclopaedia Galactica defines a Messiah as

“A humanoid deity designed to suffer the sins of man”

The marketing division of the Holy Roman Catholic Church describe a Messiah as:

"Your Pretend Pal Who's Fun To Be With."

Curiously enough an edition of the Encyclopaedia Galactica that fell through a temporal python warp from 1979 defined the Messiah as: 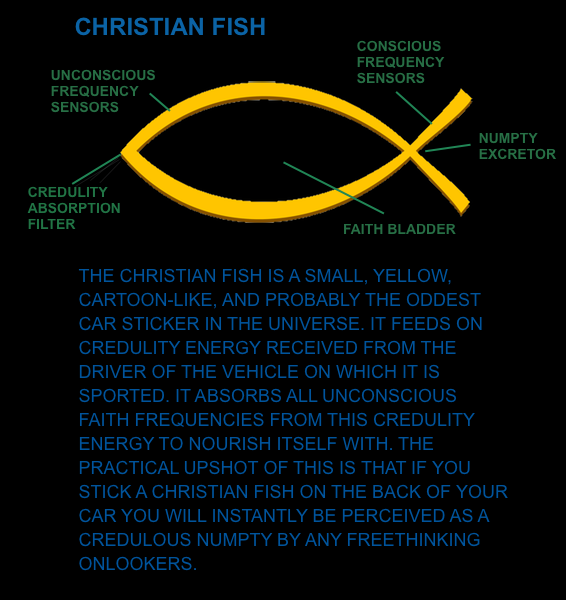 
To make your own Pan Galactic Communion Wine:

Take the blood from one body of that Ol' Christ Spirit after muttering a few magic spells over some cheap red plonk.

The effect is like having your brain washed by a slice of theology wrapped round a large logical impossibility.

Islamic Sermons
Islamic sermons are of course, the third worst in the universe. The second worst is that of the Jews of Israel. During a recitation by their chief Rabbi Yona Metzger the Groper of his sermon "Ode To A Signature I Forged One Mid Summer Morning" four of his audience suffered severe groping and the women suffered sexual harassment. Yona was reported to have denied the allegations and claimed it was a violation of the basic human rights enjoyed by every individual. The very worst sermons of all are by Anne Atkins and are aired on The Today Programme on BBC Radio 4 during Thought for the Day.

Apologies to the great DNA.
Posted by Crispian Jago at Wednesday, November 02, 2011

I would prefer to read a more rational explanation rather than a torrent of venom which is embarrassingly immature. Grow up, Jags.

Wow, "Anonymous" told you to grow up! How fitting!

Excelent parody. I believe DNA would approve of that.