The Genius of Alan Turing 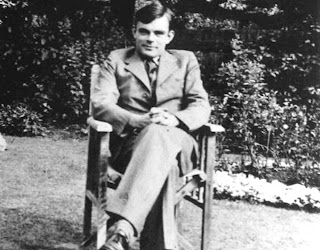 Following my post on the Turing Test the other week, I received a very nice email about what looks like it will be an excellent documentary film on the life and legacy of Alan Turing.

Here's a copy of the video trailer and some blurb about the film taken from the email.


"Almost 100 years after his birth, an international production team is set to take viewers on a journey to rediscover Alan Turing. Research and development for this feature-length drama documentary is underway, with plans to reach millions of viewers around the world through broadcast and theatrical release. The international production team includes Turing's preeminent biographer Dr. Andrew Hodges. Funding is currently being lined up for the film, with a goal for completion in mid-2012, to coincide with the centenary of Turing's birth.

Turing was the British WW II code breaker and father of computer science who faced persecution for being gay. In his short life, Turing profoundly changed our world. Historians believe that his WW2 code breaking work helped save millions of lives and shortened the war by two years. He also founded three new scientific fields: computer science, artificial intelligence, and morphogenesis. In 1952, he was arrested by British police for having a relationship with another man and eventually was forced to undergo chemical castration to "fix" his sexual orientation. Two years after his arrest, Turing killed himself at age 41. Turing is one of the most important scientists ever, yet his tragic story and lasting legacy remain largely unknown. This film will change that fact."