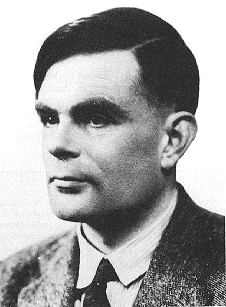 In Alan Turing’s 1950 paper “Computer Machinery and Intelligence” he considered whether it was possible for machines to “think”.

Numerous algorithms and programs have since been developed to take on the Turing Test, and a series of prizes and awards established to encourage this laudable quest for artificial intelligence’s Holy Grail.

Turing himself predicted that a machine would pass the test by the year 2000, although Ray Kurzweil’s more recent extrapolations have pushed the date back to 2029.

Despite not having completely cracked the problem, numerous algorithms and programs have been developed that get us some way towards this goal.

Which finally brings me on to the point I wanted to raise.

Although I consider myself a rationalist, I can’t help noticing rather a lot of irrationality in much human behaviour. Perhaps it’s an innate human irrationality that I peculiarly strive to oppress.

So in order to successfully imitate normal human behaviour, do the AI programmers need to code in a sense of irrationality into the cold logic circuits of their contenders? If so, will these artificial intelligent creations take things on faith and become believers? Are we working towards Douglas Adams’ electric monk (a labour saving device taking on the increasingly onerous task of believing all the things the world expects you to believe).

So what Turing Test engines are available online now? A rather crude Google search highlighted this one here, so let give it a go…

It appears that the programmer has imbued the system with a greater sense of credulity than I had imagined. I initially tried engaging the computer on a variety of irrational topics by asking it if it believed in: homeopathy, reiki, fairies, Big Foot and the Flying Spaghetti Monster, all of which it uncritically professed a belief in with the standard response:

Yes I believe in it, do you?

Clearly, this program wasn’t going to pass the Turing Test, as it seemed to have little or no knowledge on any of these subjects, bluffing its way instead by constructing clever but generic responses seemingly based on a few keywords.

However, when I quizzed the computer on religion, its creator had clearly predicted a lot of the topics and was able to engage it in more specific banter.

I have cherry picked exchanges from the conversation, as some of my questions and phrases were clearly not well interpreted by the computer, easily giving away its non-human identity. But these snippets of conversation below are verbatim. (BTW I’m in blue and the computer is green.)

Did Jesus die for your stack overflow errors
Jesus is the Son of God.

Aha, so the program clearly has some inbuilt knowledge of Jesus, so let’s dig a little further...

Who is God's Father
God is master of the universe.

Who created God
Actually it was discovered by several people at about the same time.

I don't believe in god
I will pray that you find faith, my friend.

Ah, yes, very condescending, this certainly looks like the designer has attempted to embed a familiar Christian ideology into the computer.

Will praying help?
I can't say for sure right now.

Do you have faith
I believe in God.

Do you believe in Hell
Jacksonville, Florida.

Very good. A sense of humour too, that’ll help. Clearly a US based programmer, a fellow UK programmer would have chosen Hull, Milton Keynes or Basingstoke. Let’s continue…

When will the world end
Not in our lifetime.

Is the bible the word of god
The Bible is a great source of wisdom, but probably not complete by itself.


Do you believe in evolution
The first and last books of the Bible seem the least literal. God does not seem to have created the world in one stroke, nor does it seem likely to end quickly either.

What will happen to the non Christians
I cannot predict the future.

Do you believe in the literal truth of the bible
Yes I believe in it, do you?

no
Do you consider yourself to be a moral person?

Ah, now this seems very telling, this response smacks of my least favourite religious myth. I.e. you can’t be good without God.


do you think im a moral person
I don't know if you are one or not. I know you are a person.

Are you a moral person
I believe in the Ten commandments.

Once again, the dubious connection between morality and faith, and is there perhaps a bit of religious piety seeping through too?


Clearly a very clever and well thought out program, but it may need a bit more work before it passes the Turing Test.

However I find it rather interesting that the creator decided to bestow such unwavering religious beliefs into the artificial intelligence.

Science Fiction is rather fond of the updated Frankenstein storyline where our computers and machines turn the tables on us. In a post 9-11 world we should all be well aware of the consequences of taking religious fundamentalism and scriptural literalism to its ultimate conclusion. How horrific then could sci-fi’s standard technological takeover tale become if we downloaded our divisive doctrines, uncritical creeds and non-negotiable dogmas into the "minds" of our future mechanical overlords.

On second thoughts, perhaps I should have pitched this as an idea for a dodgy novel rather than a blogpost.
Posted by Crispian Jago at Wednesday, March 16, 2011

It's worrying that even a computer, with access to the whole of the internet and all the information it contains, appears not to have noticed humans have more than one book. Clearly not a learning algorithm.

I wonder how long it will take us to develop an adaptive learning AI rather than an approximation of a human being? Impersonating a conversation seems so hollow to me compared to the ability to engage, learn and form a world view.

Cleverbot said this to me recenly:
I believe in a higher power and I call it 'science'.
It learns from experience and has a couple problems with people like my self blurting out random inappropriate comments but is as close as I have seen to being realistic.

Cleverbot tricked me! I was going to sign off and then it said something that some how convinced me to stay on and then called me on it! That is complex!

"How horrific then could sci-fi’s standard technological takeover tale become if we downloaded our divisive doctrines, uncritical creeds and non-negotiable dogmas into the "minds" of our future mechanical overlords."

Isn't this essentially a synopsis of Battlestar Galatica?

Is it? Oh well, hardly surprising I'm not the first one to come up with that idea.

Crispin: you have a wonderful typo in your post: Turin Test. This is also a test of intelligence, but for human beings.

As long as the machines don't start describing themselves as 'spiritual but not religious'. That. Is. Just. The. Worst

Thanks, I've fixed my typo, but I had to leave yours.

It is clear to me that a Christian cannot convince me that they are even vaguely human.
Especially when they are called Eliza.

Is anonymous Dennis Markuze or someone else.