The Bitter Truth behind the Holy Trinity’s Break-Up 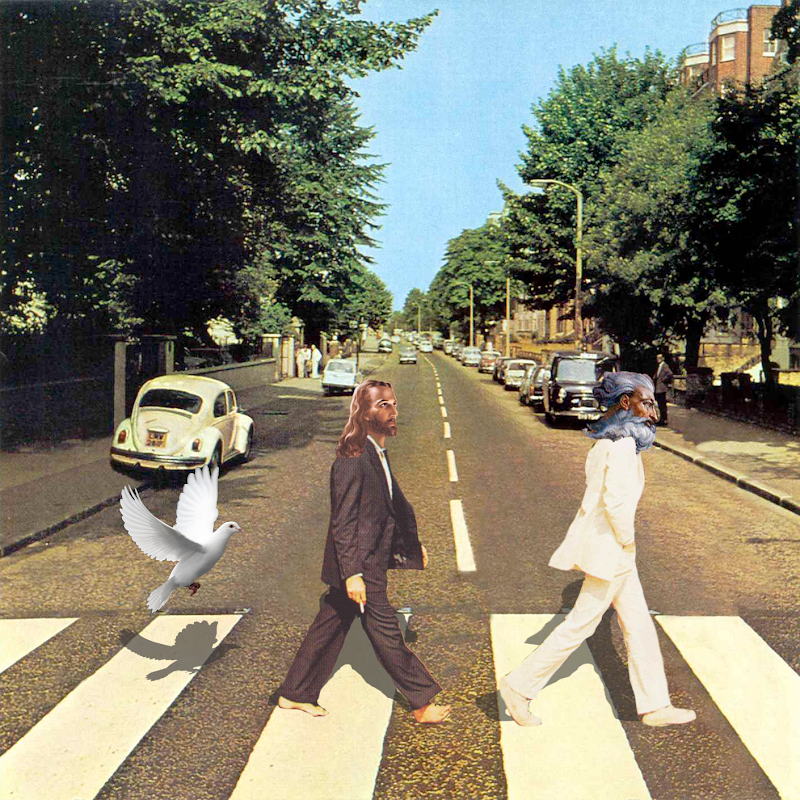 A statement today from Heavens press office confirmed rumours that the Holy Trinity are to split up. Many religious pundits have cited conflicts that arose from differences between each divinities artistic vision of their faith.

Although God himself is often credited as the initial creativity of the trio, his early work was considered by many to be overly harsh and much darker than their later material. God’s early handiwork certainly earned him a select following of loyal fans, but he failed to gain mainstream worldwide success until he teamed up with his son and the Holy Ghost to form Christianity.

The trio were a hit and Chistianmania swept the world by storm during the dark ages following the groups highly successful middle eastern tour.

Many fans where looking forward to the much anticipated second tour where it was hoped that Jesus would perform some of his greatest hits including the frugal distribution of mini fish butties, which was always a big crowd pleaser at live gigs. However the trio haven’t been on the road together for nearly 2,000 years preferring instead to stay in heaven and concentrate on their spiritual output which was becoming increasingly more complex and harder to recreate live in a rational environment.

It was during this period that the urban legend arose that “Jesus is dead”. Many fans claimed that clues of Jesus’ death could be seen in the group’s iconic images, within the lyrics of their hymns and even within a hidden message in Revelations 9. Other clues such as Jesus’ barefoot appearance on the cross was seen as further evidence to support the theory that Jesus is dead. However the group’s earthly representatives vehemently denied such rumours stating that Jesus is still very much with us.

It was also at this time that the Holy Spirit was spending more and more time in India where the other deities believed he was being seduced by eastern religions and a general belief in new age spirituality. This was seen by many hard-core Christian fans as a departure from the group’s origins and have cited this as one of the roots of the trios artistic differences.

God was also spending more and more time with the Holy Roman Catholic Church who were developing a more intense interest in a young virgin called Mary. From this point on God and Mary were rarely apart including when God was working with the rest of the group to answer Catholic prayers. This violated a previous tacit agreement between the members not to let wives or girlfriends into prayer sessions.

The split of the holy trinity certainly marks the end of an era but we shouldn’t rule out the possibility of solo projects or even collaborations with other gods to fit in with the current popularity in religious fusion. Any solo projects may well fail to live up to popularity of the trio in their heyday as present day philosophies have moved on from the simplistic ideologies of the groups roots, but let’s not forget the rich cultural legacy that the Trinity leave behind.
Posted by Crispian Jago at Thursday, February 03, 2011

Thanks, much better way to start the day than yesterday's AIDS+south africa+homeopathy rage

Excellent read, I just passed this onto a colleague who was also looking for it, And he actually bought me lunch because I found it for him. So I should thank you for the free lunch I got.