Prince Charles Declares a War on the Non-Stupid 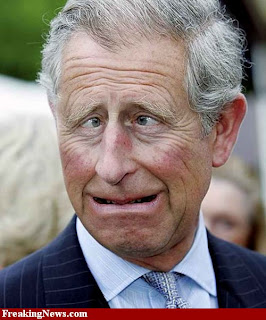 The Prince of Wales has never been a man to embrace critical thinking, whether he’s chatting to an aspidistra or promoting his ineffective homeopathic tinctures, he prefers a more nonsensical approach.

“I was once accused of being an ignorant bigoted pillock who takes advantage of his privileged position to spread misinformation”, he told a conference of stooges, “I felt proud of that.”

The Prince who was talking at the annual conference of numpties, fuckwits and plonkers, went on: “I thought, ‘Hang on a moment’. I am an utter cock with no fucking clue what I’m on about and I have no justification whatsoever for my abuse of my fortuitous platform of perceived authority.”

The Prince continued: “However, it might be time to think again and decide would we not be better off discarding the achievements of modern medicine, casting aside the success of all science & technology, abandoning modern welfare and ethics and returning to the pre-enlightened dark ages.”

“We could go back to a world of illiberal morals, vindictive theocratic domination and a joyous plague of superstitions, ignorance and irrationality. Let us dismantle the axis of enlightenment, the schools and universities that spread education, knowledge and understanding and replace them with more arbitrary authority, dogma and myths” urged the Prince who was later sedated and taken home for a nice lie down.
Posted by Crispian Jago at Friday, February 19, 2010

I am reminded of the cartoon showing him inspecting a line of flowers and saying "...and how long have you been a tulip?"

This made me laugh out loud, thanks, I needed that.
Very funny (in a non funny way). The unfunny bit is that some people actually listen to what he has to say. And try to curtsy afterwards.

Who is this unruly serf? Off with his head!

Good speech from the Prince for a change...

Glad to see him keeping up the ancient British tradition of Royals who are barking mad.

There are those who, in oposition to a call for an elected head of state say "Just think of this: President Tony Blair (or Maggie Thatcher, or whoever is the hate-figure of the day). My response: "President - sorry, King - Charles Windsor".

Crispian, whats your take on his speech at copenhagen then?

When the Prince has rational evidence and scientific consensus in which to back up he predetermined view point, he seems more than happy to use it, as in his Copenhagen speech. However when science and rationality do not support his preconceived notion, his speeches fall back on words like "natural", "spiritual" and "souls".

He made some worthwhile points in his Copenhagen speech as on this topic his views thankfully overlap with sanity.

We cannot however pick and choose when to take notice of the Prince, so the safest option is for him to STFU and leave things to the qualified experts. As a general rule of thumb, most important debates do not benefit from the input of the Monarchy, Religion, Big Brother contestants and footballer’s wives.