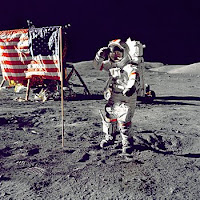 This short post was born out of a tweet exchange between @giagia and @glinner that I was eye-wigging in on this morning.

I’ve blogged before on the overloading of the word scepticism outside of the scientific and sceptical community leading to confusion and false assumptions. @glinner's tweet this morning is a perfect example. In his tweet, Graham said:

“@giagia ugh. I do hate that. Moon landing sceptics are the 'space' version of holocaust deniers.”

Surely if we reserve the word “sceptic” for views and opinions on items without scientific consensus and reliable evidence and use “denial” for the non agreement of widely accepted scientific theory it would avoid confusion.

So for example you could talk about:

And then use the term “denier” exclusively for those who argue against the scientific consensus, thus:

Adhering to these semantics might help alleviate people outside of the scientific and sceptical community making association with my views and the later list, thus avoiding annoying comments like “Yes I’m a sceptic too, I don’t believe in evolution or the moon landings”

Sorry, just re-read that post and it seems a bit whiney and preachy, normal service of sarcasm and attempted witticism will be resumed in the next post.
Posted by Crispian Jago at Friday, June 05, 2009

Hmm...frankly, I don't think this is a useful nomenclature at all.

Would you be comfortable calling someone like John Christy or Roy Spencer climate change deniers?

Maybe you would (they would certainly seem to fit the definition offered here), but I'm not sure how helpful such a pejorative would be.

I'm not so sure how useful the term "denier" is in the first place -- it seems to have evolved into a catchall ad hominem that makes a nice insult but doesn't really get at the heart of the problem with those who, for example, claim the consensus view of the Holocaust is wrong.

Skeptics and deniers are really in the same category. I used to like skeptics, util I read sTARBABY by Dennis Rawlins. You can usually tell the difference between sound reasoning and hogwash when the person you are reading start talking about CSICOP [ 2 ] or the "Amazing" Randi [ 1, 2, 3, 4 ]. This subset of "deniers" is as delusional as any other kind of fanatic. :o)

I think one is pretty easy to distinguish from the other. Whereas skeptics will deploy multiple arguments as parts of a cohesive whole, stating caveats and uncertainties where they exist, deniers will frequently throw out any argument they can come with, even if it contradicts prior arguments.

I'm perfectly fine with the pejorative implications of the term "denier". In the case of HIV or climate change denial, these people are impeding efforts to save lives or affect a positive change.

"Whereas skeptics will deploy multiple arguments as parts of a cohesive whole, stating caveats and uncertainties where they exist..."

As we can clearly see from sTARBABY, CSICOP and the "Amazing" Randi, many skeptics will simply lie through there teeth to promote their cause. These people are as ridiculous as the groups that they criticize. Maybe more so, because they utilize such stupid and dishonest methods to ridicule what is already so obviously wrong.

Yeah, Phil Plait has been telling & promoting some real whoppers to support recent opinions. Perhaps it was always thus.

It was pretty quite around here before Phil Plait retweeted the link, but many thanks for all the comments, all points of view much appreciated and considered.

Dr. Zaius, I’m afraid our views of scepticism differ greatly; I see honest scepticism as the search for truth. Scepticism likes science, from my viewpoint, has the ability to investigate claims based on verifiable scientific examination. And like science, is willing to change its opinion to reflect the evidence rather than dogmatically stick with predetermined comforting views. I am sorry you do not view it that way. Thus I see scepticism as a honest and fair method of determining the truth in an open-minded way.

Brian, I was about to respond to your comment but I noticed that itzac very kindly pretty much did the job for me. In addition to itzac’s comments, I think climate change is perhaps the most controversial of the items in my denial list, as the scientific consensus is relatively recent, and a number of eminent scientists may still remain to be convinced (Perhaps more so in the US than the UK). However from what I’ve read, I don’t believe the jury is still out, and more productive time could be spent addressing the issue rather than denying it.

Finally just a reminder on the reason’s for the post in the first place. I think my opinions are fairly consistent with the mainstream sceptical community (although there will of course be variations, and this is perfectly healthy). I have just found that I frequently need to qualify the term sceptic when using it outside of the sceptic and scientific community, as people equate the term with the issues they themselves doubt, and these are often based on religious or irrational baselines rather than scientific principles.

If you refuse to accept something in the face of overwhelming evidence simply because it does not fit it in with your worldview, that ceases to become healthy scepticism and becomes denial, and should be termed thus.

Thanks again for reading.

Thank you for the additional comments and clarification, which made perfect sense and answered my questions.

I've also run into people who are "skeptical" about, say, evolution because of their religious views, so I understand where you're coming from.

Hi there,
I plainly agree with your point of view.

I'm using the equivalent in French the last ~3 years now, négationisme scientifique, for "scientific denial" ; many occasions to do so for antivax and anti-darwin people and institutions.

We do have our crackpots ;-)

Completely agree with the distinction except the climate 'deniers'

I remain skeptic for rational reasons, I can assure you.

We're destroying the planet slowly in many awful ways. Our focus on CO2 is actually exacerbating other forms of environmental damage by being a huge (but easily taxable and profit-making) red-herring.

John,
I still see man made climate change as scientifically agreed consensus, but I am not an expert and have only read a small subset of the research. I can appreciate why that particular item in the list may be doubted based on reasoned thinking rather than irrational beliefs. Perhaps it weakens my main argument by including it in that list as the others are so scientifically indisputable. However, I’m not removing it from the list, but I do concede that there is the possibility of moving it should the consensus change. BTW Thanks for your comment.

Skeptics and deniers are in different branches. A skeptic person is open to proofs and solid demonstrations. They are open to become believers if they are presented with solid and unquestionable evidence.

Deniers on the other hand, has the evidence in front of their noses... and still close their eyes.

Great post. Completely agree with your sentiments, especially your clarification in the comments. I was about to blog on this myself.