This post is really just a pathetic and sad excuse to namedrop the fact that last night Jack of Kent and I had a very nice chat with John Cleese about science and religion. 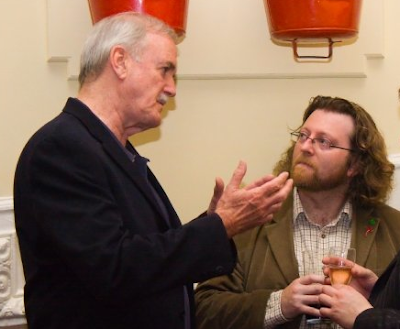 On the topic of science and religion, I think there is a large overlap between my thoughts and Mr Cleese’s. However, I got the distinct impression that he is far less keen on the Dawkins style promotion of atheism than I am. So I was going to use this quick post to reiterate why I think Dawkins is having a positive effect on our culture by re-examining my two all time favourite films, namely Monty Python’s Life of Brian and This is Spinal Tap. 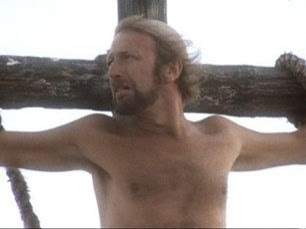 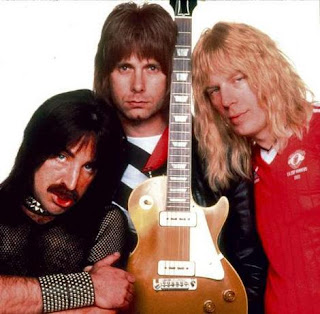 Firstly, the similarities between the two films. Although both films choose entirely different subjects to parody, there are a lot of similarities in the parody technique. I don’t see “Brian” as anti religious, and I don’t see “Tap”, as anti music. What each film does is examine the human absurdities that overtake the original passion for either the religion or the music. In Brian we can see how false dogmas and creeds may arise as a result of human ignorance and be amplified, controlled and organised beyond any of the original spirituality. Similarly in “Tap” we can see how the band loses sight of the music through blind devotion to periphery items such as sets, costumes, covers, amplifiers, pre gig snacks and the life style that shrouds the original musical spark.

Now, finally to my point.

I clearly remember when “Brian” was originally released. I remember communities and cinemas, wishing to shield the public from it’s blasphemous content. I recall late night theological discussions. I remember the sense of hurt and indignation felt by many religious groups. When “Tap” was released, I do not recall throngs of offended musicians complaining. I don’t recall picket lines of slighted drummer’s outside the cinemas.

This is a prime example of Dawkins point on how religion tries to escape criticism and critical examination by simply taking offense and promoting a culture where such perceived blasphemy is unacceptable.

In their own ways I believe Python and Dawkins have both made good inroads in to removing religions underserved privileges in society. So I’m a big fan of them both.
Posted by Crispian Jago at Friday, June 26, 2009

Excellent point - and true, it seems to me.

That's a great article, I never really recognised that even as it was staring me right in the face.

Hate to point this out, but it should be:

Similarly in “Tap” we can see how the band loses sight

Anyway, thoroughly enjoyed the read, thanks.

Thanks Anon,
I might start claiming that I put a spelling mistake or typo in each post on purpose just to keep you all on your toes.

Clearly the band would lose sight if it was following blind devotion?