Thanks for spelling my name correctly 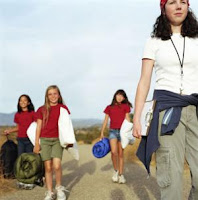 So I was at the monthly Skeptics in the Pub meeting in London on Monday evening when I got a phone call from Samantha Stein, the director of Camp Quest UK. She was doing an article with a journalist from the Independent on the upcoming inaugural Camp Quest here in the UK, and asked if the journalist could speak to me to get a perspective from a parent who was sending their children to Camp Quest.

As I fully support the ethos of Camp Quest, I was naturally more than happy to say a few words.
The article appeared on page 13 of Wednesday 29th April’s edition of The Independent and is also available on line here.

All in all I thought it was a fair article that gave a pretty accurate portrayal of the aims and goals of Camp Quest. Not knowing the journalist, I did have a few worries about how the article might have portrayed Camp Quest and my specific reasons for booking my children onto the camp, but my worries were unfounded.

I am of course aware that journalists often take a number of sources and reviews and then distil those down to the story they are interested in, so I was fully prepared to be edited out completely or restricted to a short sentence. Especially as I was only providing a token parental anecdote to give a sample opinion of those signed up to the concept. The quote attributed to me in the article was, I am pleased to say, relevant and accurately reported.

I did think however I want to use this blog to repeat my other reasons for booking my children onto the camp that did not make the final edit.

I did mention that I would be equally happy to send my children on a general summer camp not affiliated to any particular faith purely for the physical activities (which I know my kids are looking forward to). As I suspect a week away from home would help teach valuable responsibility and social skills, as long as I knew there was no hidden religious agenda. If we lived in a world were ancient myths were not afforded such reverence then I would concede that specific non religious camps would not be needed. Sadly we do not yet live in such a world.

I also mentioned the usefulness of learning some basic logical philosophy and critical thinking skills of which I have seen little evidence in their school work. I would hope that the thinking skills taught are applied to a wider set of credulous beliefs to help children evaluate and reach their own decisions on a wide range of topics such as alternative medicines, paranormal claims and conspiracy theories.

The other point I made to the journalist was my belief in the need to teach children how to think, not what to think. From my research on Camp Quest I have confidence that this exactly what they aim to do. I have no more desire to have my children indoctrinated into an Atheist viewpoint than I have to have them indoctrinated into a Jewish, Islamic or Christian viewpoint. I just want them to be able to think for themselves and reach a logical and rational explanation for the world they will inherit from us.
Posted by Crispian Jago at Wednesday, April 29, 2009

I agree with not wanting to indoctrinate children into atheism - look how well it worked out for the soviets - they are experiencing a huge explosion in new religious movements. Critical thinking and philosophy are what's necessary

Thanks for agreeing to talk to him!

"I just want them to be able to think for themselves and reach a logical and rational explanation for the world they will inherit from us. "

I'm A Chistian and I agree