The Basingstoke Fairies Vs The Cottingley Fairies

I went for a short walk in the woods this afternoon with the wife and kids. In the midst of the dark woods I saw a glint of light flash past my eyes. We all stood still for a few moments and focused our eyes, what looked like a large dragonfly hovered just above a branch. We sat still and watched closely. Gradually it came nearer and settled a few feet away from the children. By this time we could clearly see that it was not a dragonfly, but we had in fact been lucky enough to catch a rare glimpse of a woodland fairy. We stayed in the woods a little while and gradually the fairies gained enough confidence to come up to my children and even settle on their outstretched hands. I was fortunate enough to have my camera with me and so was able to take the following photographs. 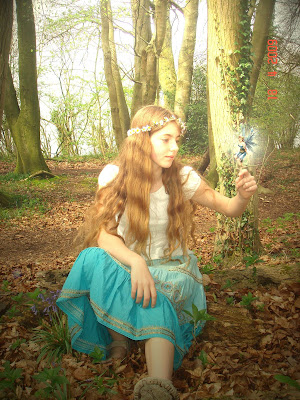 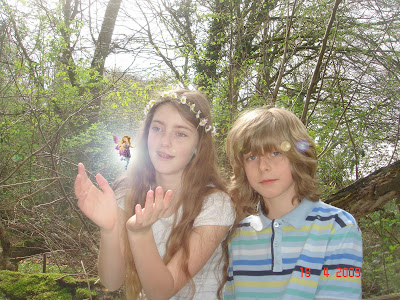 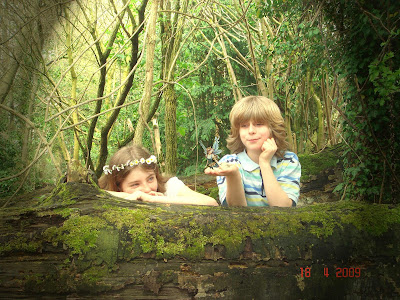 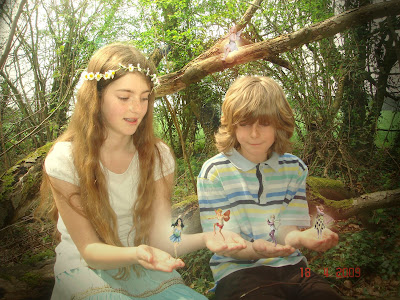 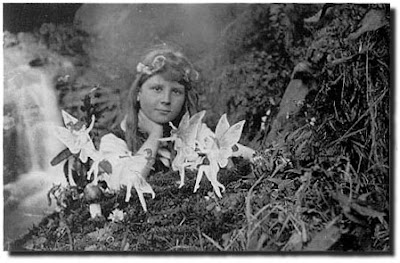 Right on, Crispian. Knowledge is power. At least that's what I like to believe. However, some people just don't care. Perhaps, it's just my delivery.

I found the best two books to help people figure things out for themselves are: The Demon Haunted World - Science as a Candle in the Dark and Flim Flam by James Randi.

I agree with the more general point that "Knowledge is power", but I don't think people would dismiss you pictures as fakes because they know it can be done in Photoshop.

People know what computers can do, but they still believe pictures and videos of ghosts, demons, ufos and other more contemporary "phenomena". Rather, they wouldn't believe the fairies pictured are real because, nowadays, fairies are intuitively silly.

In fact, I'd wager some people who still manage to believe in them in this day and age would come up with elaborate reasons to either believe or disbelieve them, instead of going with the more likely explanation that the pictures are simply photoshopped for kicks. "The halos are wrong", "that's not how real fairies dress", "well, fairies do appreciate the innocence of children", "you were lucky to get the fairies while they were out celebrating the arrival of summer", etc.