The Kepler 22B Curiosity Rover


The discovery of brave new alien worlds has always excited and fascinated humanity.

The verifications of other planets within our solar system by the early astronomers have rightly been identified as momentous scientific discoveries. The earth-based optical telescopes used to discover our immediate neighbours in the solar system may not be capable of glimpsing planets around other stars. However, new and innovative scientific methods such as gravitational microlensing, radial velocity and the transit method are now being deployed to detect a host of exciting new exoplanets beyond our solar system.

The Kepler Spacecraft launched in 2009 has used the transit method to observe the brightness of a star dimming as an orbiting planet passes in front of the star from our vantage point. Observing this dimming allows astronomers to calculate the size of the planet, the length of its year (based on the frequency of the transits) and occasionally even the composition of its atmosphere using spectral analysis.

Kepler 22b is one such recently discovered exoplanet which many scientists believe could even have oceans, continents and may possibly even have living creatures roaming its alien surface.

Enthused by the prospect that such a planet in the “Goldilocks” zone could potentially harbour extraterrestrial life, NASA are already contemplating a new Curiosity Rover mission especially designed to search for and explore life on this distant world.

The probe carrying the Kepler Curiosity Rover would take a slightly disappointing 11,000,000 years to complete its epic journey to Kepler 22b, but once there, will be capable of beaming back the results of its extraterrestrial investigations at the speed of light, reaching our earth bound eavesdropping scientists in a mere 600 years.

The project will of course dwarf the 2.5 billion dollars invested in the Mars Curiosity Rover, but thanks to specially designed scientific life detecting equipment developed by NASA, scientists are optimistic that their advanced technology will ensure they yield the maximum available data on any alien species encountered on Kepler 22b.

Like the Mars Curiosity Rover, the Kepler Curiosity Rover is too heavy to deploy airbags like those used to cushion the landing of the Spirit and Opportunity Rovers and will instead rely on a series of thrusters to manage a controlled descent onto the planet surface.

Once the landing sequence has successfully completed the Kepler 22b Curiosity Rover will ensure that it cannot be seen by any credible alien witnesses. The Rover will then await an unsuspecting local idiot that no one will ever believe and incapacitate them with a bright light.

A made up spokesman for NASA stated that scientists have explored many options in alien communication methods. This has included both audio and visual signals transmitted at various wavelengths and frequencies in order to convey universal non random patterns such as prime number sequences that are capable of being interpreted by intelligent life forms that have evolved in an alien environment. However, extensive research of alien visitations here on earth has shown that such methods are in fact far less effective at gaining an understanding of alien biology, physiology and culture than strategically bum raping them with a shiny metallic dildo. 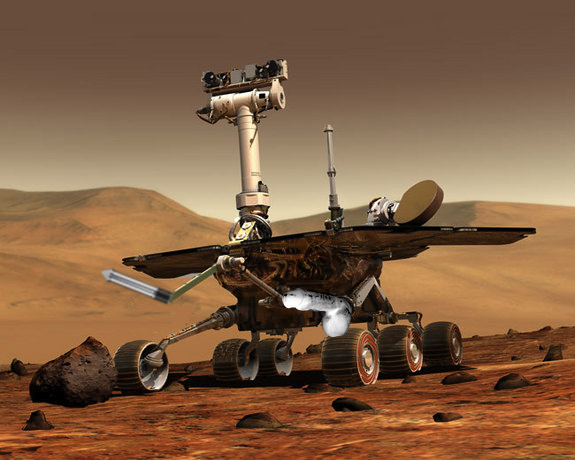 Yeah, but this assumes aliens have bumholes in their lower regions, whereas they might excrete out of the top of their betentacled heads. Which would make them very annoying to sit behind at the cinema.

(Full disclosure: I stole this joke from an old Red Dwarf book)