I’ve been thoroughly enjoying Dawkins latest book, The Greatest Show On Earth, far superior to the commercially successful God Delusion. Anyhoo, the purpose of this post is not to attempt to review the book, just to pass comment on the final two chapters that I polished off last night.

Throughout the book Dawkins presents an arsenal of evidence, all of which gracefully converges to support Darwin’s elegant theory of natural selection as the mechanism for the fact of evolution. Each little bullet of evidence on its own is sufficient to demolish any suggestion of creationism or intelligent design. Yet, The Greatest Show on Earth acts as Dawkins Gatling gun, shredding the notion of Intelligent Design to pieces in a shower critical thinking.

The penultimate chapter focuses on the evolutionary arms race, and is one of my particular favourite chapters. As such I wanted to simply cut and paste two short paragraphs verbatim from the book.

One thing about arms races that might worry enthusiasts for intelligent design is the heavy dose of futility that loads them down. If we are going to postulate a designer of the cheetah, he has evidently put every ounce of his designing expertise into the task of perfecting a superlative killer. One look at that magnificent running machine leaves us in no doubt. The cheetah, if we are going to talk design at all, is superbly designed for killing gazelles. But the very same designer has equally evidently strained every nerve to design a gazelle that is superbly equipped to escape from those very same cheetahs. For heaven's sake, whose side is the designer on? When you look at the cheetah's taut muscles and flexing backbone, you must conclude that the designer wants the cheetah to win the race. But when you look at the sprinting, jinking, dodging gazelle, you reach exactly the opposite conclusion. Does the designer's left hand not know what his right hand is doing? Is he a sadist, who enjoys the spectator sport and is forever upping the ante on both sides to increase the thrill of the chase? Did He who made the lamb make thee?

Is it really part of the divine plan that the leopard shall lie down with the kid, and the lion eat straw like the ox? In that case, what price the formidable carnassial teeth, the murderous claws of the lion and the leopard? Whence the breathtaking speed and agile escapology of the antelope and the zebra? Needless to say, no such problems arise on the evolutionary interpretation of what is going on. Each side is struggling to outwit the other because, on both sides, those individuals who succeed will automatically pass on the genes that contributed to their success. Ideas of 'futility' and 'waste' spring to our minds because we are human, and capable of looking at the welfare of the whole ecosystem. Natural selection cares only for the survival and reproduction of individual genes. 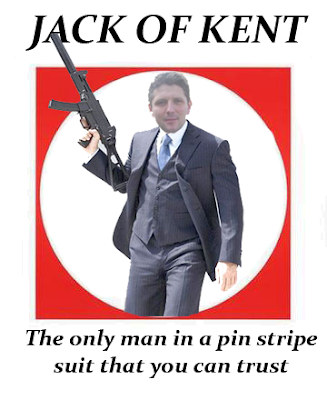 The Final Chapter however suggests to me that Mr Dawkins has been spending some time perusing the Jack of Kent blog.

In true Jack of Kent style, Dawkins lays out the final paragraph of Darwin’s masterwork, On The Origin Of Species:

Thus, from the war of nature, from famine and death, the most exalted object which we are capable of conceiving, namely, the production of the higher animals, directly follows. There is grandeur in this view of life, with its several powers, having been originally breathed into a few forms or into one; and that, whilst this planet has gone cycling on according to the fixed law of gravity, from so simple a beginning endless forms most beautiful and most wonderful have been, and are being, evolved.

He then takes each section of each sentence in turn and subjects it to his critical analysis to determine the unequivocal meaning of the text and the underlining thoughts and ideas of the author.

"far superior to the commercially successful God Delusion" really? Reading TGD was a life-changing event for me, whereas TGSOE - while a good read - felt like a somewhat lukewarm pop-sci rehash of a lot of his earlier work on evolution. The Ancestor's Tale, now there's a revolutionary book on evolution. River Out of Eden also. Both excellent audio books, highly recommended for enlivening your daily commute.