Ever since Robert Johnson sold his soul to the devil in return for his sublime mastery of the blues, we godless types have had the best music.

As I now have a relatively large iTunes music library I frequently compile playlists for journeys or parties. Inspired by Daniel Loxton’s recent Skeptics Mix Tape, I though I’d compile a playlist of a songs that have a more rational and freethinking view of the universe.

I’ve included my favourite lyric from each song along with the album or single the song was taken from and the original release year in case you wish to source some of the songs to compile a similar list.

Roy Harper: “The Death of God”
Taken from “The Death of God” (Single) 2005
“Welcome to heaven. I'm your creator. I bid you welcome. To the promised land. Sorry I made you. Bomb all those children. They were all warned. And they fully understand”

Patti Smith: “Gloria”
Taken from “Horses” 1975
“Jesus died for somebody’s sins, but not mine” 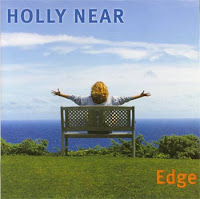 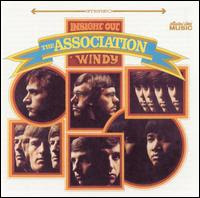 And you could've saved us a lot of effort and put in Youtube links instead of cover art... :¬)

(So far, it's rather too folky for my tastes, but it's an interesting selection.)

You've just given me a new favourite Motorhead track, though. Kudos!

Liam, There's quite a few to choose from for Motorhead, but I opted for that one as it is one of my all time favourite Motorhead tracks.
I tried to concentrate on content and mix up the genres a bit, hence there's folk, rock, metal, punk, pop and all sorts in there.

Some great songs on there no doubt, but this being the internet and all, I must have something to nitpick :) Freethinking is a whole lot more than just lamenting the damages done by religions or openly denying deities (although it does take fortitiude to do that in a world where such a statement can have such negative effects) Its the baseline for considering other ways of thinking and greater possibilities within the reality we can observe. Don't let the freedom that comes with the tradition of the Enlightenment get mired in constant opposition wherein the prisoner and the prison guard switch places, does not yelling about the faults misdeeds and contradictions of religion make one almost as beholden to its concepts and precepts as its adherents are? Id like to see songs about astronomy for example :) I would also recommend Chemical Calisthenics by Blackaliscious, Kings Vision by Grand Buffet, and Anything by Choking Victim

Anon,
Perhaps I erroneously titled this post, The playlist I put together was intended as a collection of songs that explored some of the absurdities of religion and presented alternative viewpoints. You are however quite right, that the term free thinker is much wider than that. Maybe another playlist is required to celebrate the scientific method, philosophy, critical thinking, free speech, logic and reason.

Most music cannot be considered as free-thinking because most musicians are told what to write, including lyrics that contain satanic information. The musicians themselves have actually sold their souls for fame and fortune. That is not a joke.
Musicians including 2Pac and Michael Jackson were killed for true free-thinking

"Most music cannot be considered as free-thinking because most musicians are told what to write, including lyrics that contain satanic information."

OH NOES I'M A SATANIST!!! And probably amnesiac too, since I don't remember anyone dictating what I should write for that primary school play all those years ago.

I agree with you, however, that what you write, though nonsense, is not a joke. It is extremely sad and delusional, and I would advise you to seek psychological help immediately as you are clearly a vulnerable and overly credulous person.