I'm always rather bemused as to how much the science and religion debate still rages on the interwebs. After all, I thought we'd sorted it out in Britain back in 1976 during a quarter final round of University Challenge.


In case you don't remember, here's a few stills from that episode which I have kindly annotated with the original transcripts of the show. 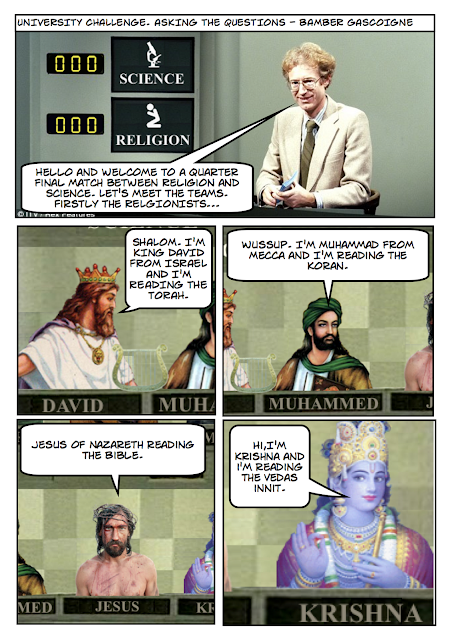 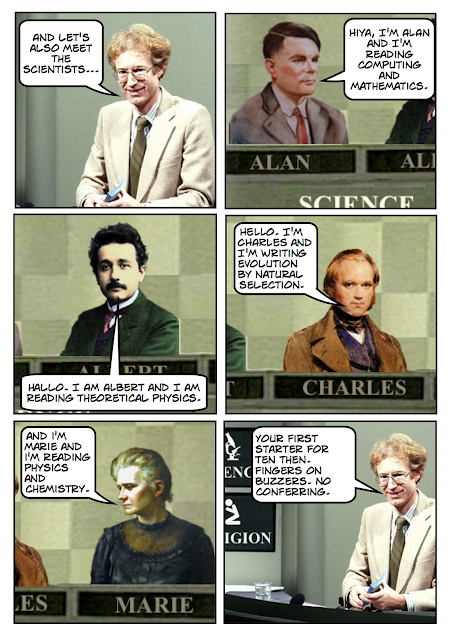 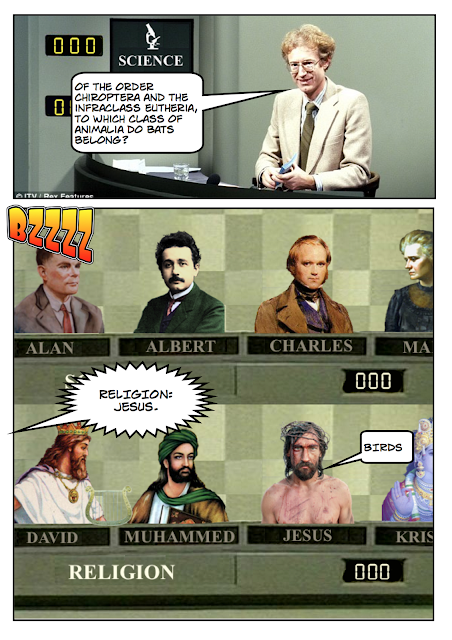 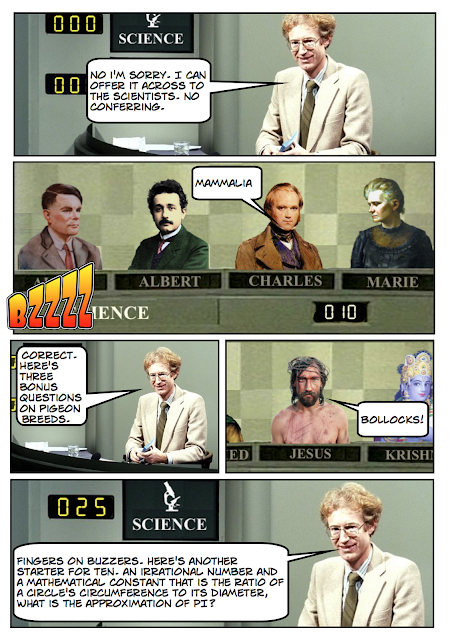 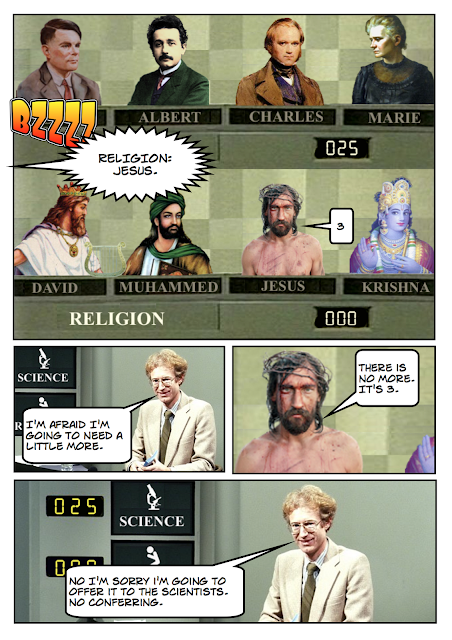 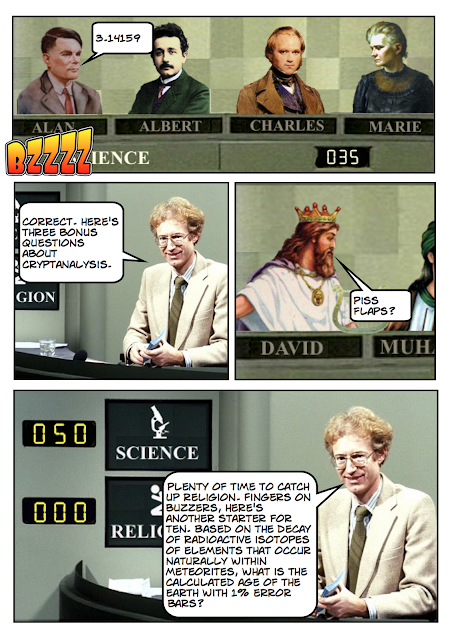 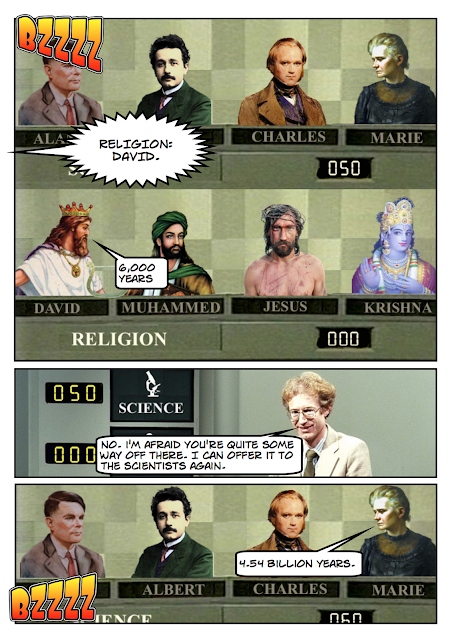 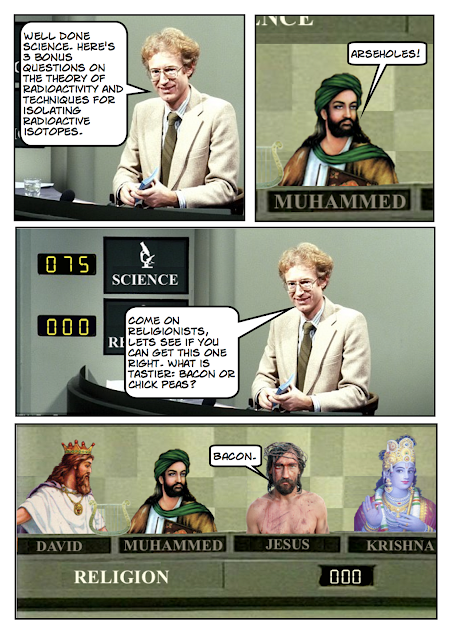 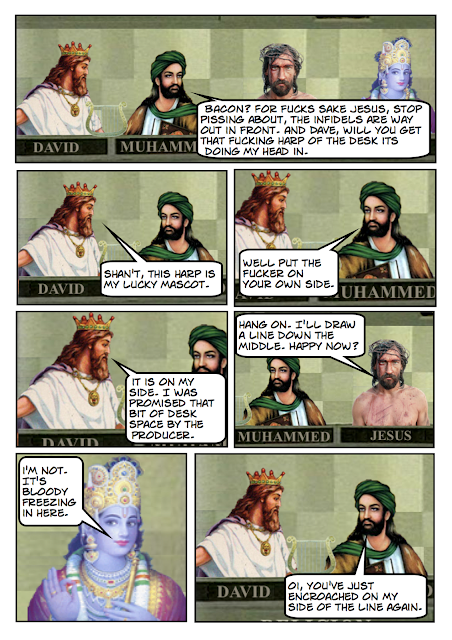 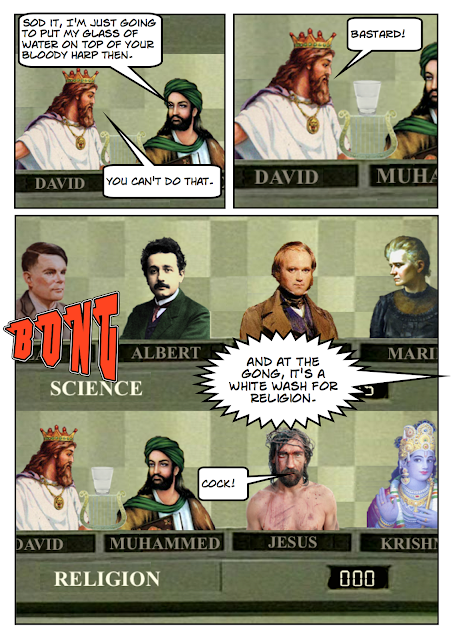 I seem to recall science made it to the final that year where they had a cracking game against philosophy.

BTW, apologies for using such tired and cliched questions, but it was David Aaronovitch's avatar what made me do it.

I knew I should have looked in the Daily Mirror's big book of facts for some more questions.