Simon Singh has won permission for a FULL APPEAL

This morning I popped into to the Royal Courts of Justice for the Simon Singh / BCA hearing. The purpose of the hearing was merely to establish if Simon could appeal against the meaning of his Guardian article attributed by Justice Eady back in May. A successful outcome would mean that Simon could go forward to a full Appeal to then attempt to overturn Justice Eady's meaning. If this subsequent appeal is successful Simon would then be able to go forward to trial and defend his original article against his intended meaning.

Entering the gothic cathedral of law for the first time was a little surreal as we wove our way through the corridors to our allotted courtroom. I sat at the back of the court with the Singh posse waiting for the Judge feeling not unlike a naughty schoolboy outside the headmaster’s office.

We all stood up as the Judge entered and Simon’s lawyer addressed the Judge. We were under strict instructions of no tweeting, blogging, farting or recording, so I am unable to give you a full transcript, however, please allow me to paraphrase…

Lawyer Dude: “You’re most worthy eminence, sir, your majesty whatever etc etc. We have given you a shit load of documentation explaining why Simon should be given permission to appeal, do you want me to go through the 4 major points”

Justice Law: “Nah, I can’t be arsed to go through all that as you’ve written far too much, anyway I’ve already made up my mind to grant Simon permission for a full appeal and Simon will be allowed to re-argue it was fair comment. Now bugger off and try and write something a bit shorter for the full appeal.

I may not have used the exact words, but you get the general idea. For a more sensible update take a look at

I was hoping to point and laugh at the BCA, but they didn’t turn up, word has it they they’d got wind of the hearing.

Great News. Just a successful appeal and then a trial to go then. Piece of cake.

It was also nice to see #SinghBCA trending on twitter today, let hope this helps us get a few more signatures for libel law reform.

Ooh and even Google were in on the act: 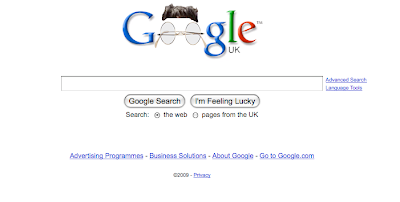 Or perhaps i just made that up. Anyway, here's Simon speaking directly after the appeal...

Moat excellent news your amazing-ness, what a wonderful result for Mr. Singh Esquire.

I am convinced this is entirely accurate :-)

Great, but so what? Right to appeal means exactely that and no more. I am sorry but does that in itself mean anything above and beyond that Simon might end up being told to be a good boy and make it clear that he is expressing an opinion next time and learn to distinguis between proof of absence and absence of proof?
http://www.chiropractorswarwick.co.uk

Hurrah! Excellent news, and very nicely summarised in legal terminology even I can understand.

Great news. A perfect summary for those of us just about to rush off to a work meeting :-)

It was fun, wasn't it? I've blogged my take on it too.

Thanks TK, I've added a link to your post on Lay Science

And I've done a quickie piece on the decision too.

"make it clear that he is expressing an opinion next time"
The whole piece was in a, clearly headed, "opinion" section.

OK, public confession. I came back to see this again, now with the Google update, and . . . is anyone else in the world as dumb as me . . . for at least 2.37 seconds, you got me. Anyway, very very very good!

Who was talking to Simon in the youtube video? I was hoping to see you and Jack and so on.

Excellent news. On a somewhat related note an Australian Chiropractor has complained to the Healt Care Complaints Commission regarding Australian Skeptics reprinting of the modified Singh article.

Q: Why do supporters of chiroquactic insist on being logic-crippled dickwads?