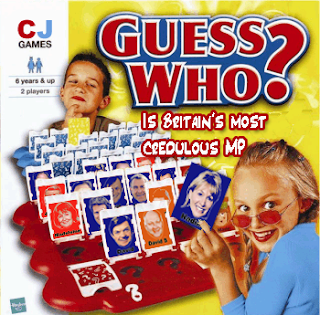 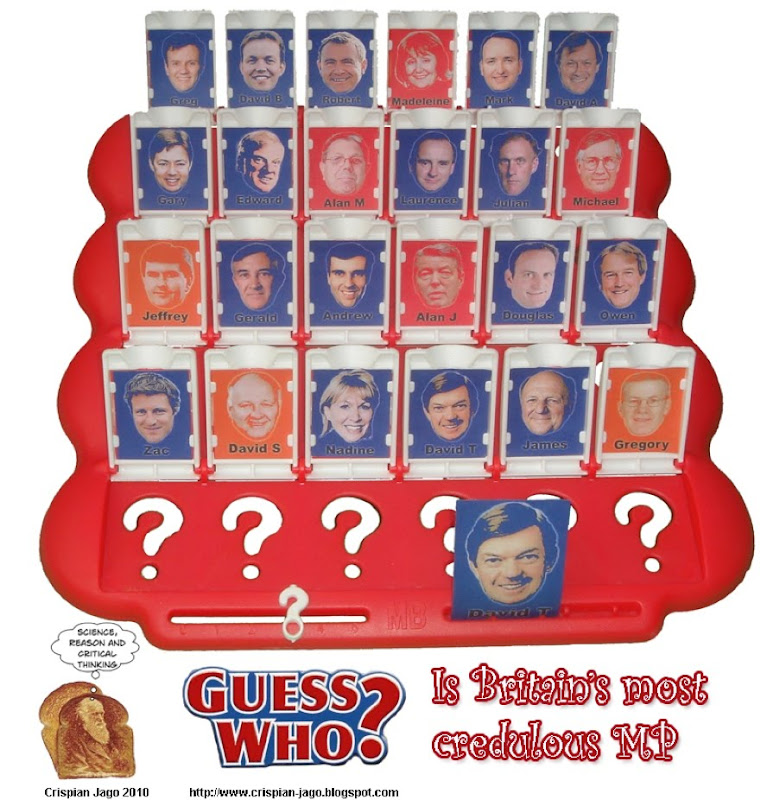 SOURCES
Skeptical Voter
Hinckley Times
The Telegraph
BBC News
The Church of Ireland Gazette
The Guardian
They Work For You
Narnia gag courtesy of Martin Robbins
Posted by Crispian Jago at Monday, November 08, 2010

Wow, you just brought some fun childhood memories back to me here, but are any of us really surprised that Tredenick was the winner?

I'm not sure Carswell should be in here, or at least not on the strength of that quote. It's a reasonable enough appeal to known evidence (as he sees it). Why should technocratic government work now when it hasn't in the past?

He may be wrong in his interpretation of the evidence, of course. What I do think he has done is inferred slightly too much from Browne's proposal. If it really did just call for "evidence-based policy" to be used in government, then that is a totally different thing from full-on government by technocracy on the lines that Carswell is envisaging.

But I still think it's a fair enough question, even if slightly peripheral to Browne's point. Sometimes skeptic advocates seem to assume a full-on technocracy would inevitably be a Good Thing without ever actually making the case for it.

I can see that the inclusion of Carswell seems perhaps a little unfair, especially when you consider the company I have put him with. I have of course taken a somewhat extreme vitriolic viewpoint in this post and although I fully support the need for “evidenced based policy”, of course in reality I wouldn’t support a completely blind technocracy. However, I stand by Carswell’s inclusion. If his quote had called for the critical examination of evidence to decide what works rather than a blanket statement suggesting that the lesson we should learn from the greed of the bankers is not to trust any expert advice, then I wouldn’t have picked on him.

Wot no Lib Dems? I can't believe that they are all squeaky clean and rational in every aspect of politics (and I tend to vote for them!)

There are a lot fewer LibDems: just a smaller pool of possible idiots.
On that basis the DUP are to be congratulated. A truly impressive display of prejudice and wilful ignorance.